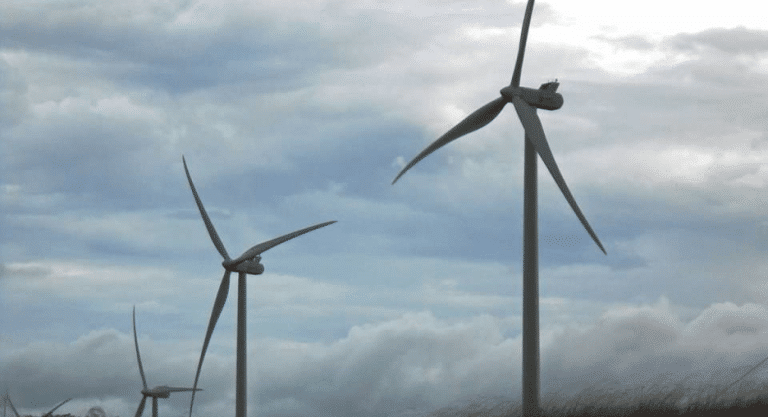 To people in developing countries, it seems clear, the wealthy countries that caused most of the problem of climate change should pay the most to adapt to it and to solve the problem.  But instead, countries like the United States lecture low low-emitting countries to do more while they extract their resources and destroy their forests.

For example, Nicaragua was an outspoken critic of the 2015 Paris climate talks because they did not go far enough. It is one of the countries most impacted by climate change, yet its own greenhouse gas footprint is one of the smallest.  Nicaragua initially insisted that the Paris Accord did not reduce emissions enough (a position that was later adopted by a majority of countries and the Intergovernmental Panel on Climate Change).  Dr. Paul Oquist, Nicaraguan Minister and envoy to the talks, insisted in Paris that developing countries should receive the billions of dollars promised by the big greenhouse gas emitters to pay for greenhouse gas mitigation programs.

The idea that the wealthiest countries should pay for the damage caused by their pollution is not popular among the world’s biggest polluters like the United States. As retribution for his statements, the US Treasury Department applied sanctions on Dr. Oquist in 2020 seizing his US assets and blocking interactions with US citizens because he allegedly “pled Ortegas’ case internationally with an unrelenting flow of lies…” Sadly, Dr. Oquist recently passed away.  US sanctions on Nicaragua now make it more difficult for them to participate in carbon trading programs to promote reforestation and poverty reduction.

RELATED CONTENT: Indigenous Leaders in Nicaragua Speak Out Against Western Media and NGOs “The Creators of Fake News Took Charge of Spreading the Word …Through Facebook”

Nicaragua is heavily impacted by climate change.  Over the twenty-year period from 1998 to 2017, the country was ranked 6th in the world for climate impacts.  It is primarily an agricultural country that has experienced numerous droughts in the past two decades.  It is also surrounded by oceans on both sides and susceptible to hurricanes.  In 2020, two category-five hurricanes touched ground in eastern Nicaragua within a week of each other.

The average resident of Nicaragua emits one eighth as much greenhouse gas as the average US resident. Nonetheless, Nicaragua has promoted programs to move it toward a zero-carbon footprint.  Nicaragua promoted renewable electricity and today 98.5% of the country has access to electricity with 75% of it coming from renewable sources: hydro, solar, wind, and geothermal.  The country has promoted efficient agricultural practices and today it is 90% food self-sufficient, but not by converting forests to cropland.  Nicaraguans planted over a million hectares of trees which capture carbon, and continue to protect large rain forest reserves.  Nicaragua has promoted improved pasture management to decrease the greenhouse gases from agriculture while still exporting beef.  The Sandinista-led government has also reduced poverty, provided basic healthcare to the entire population, and provides free public schooling from primary grades through graduate school.  Social programs and protection of the environment did not destroy the economy. Nicaragua had the fastest GDP growth in the region for the first ten years after the Sandinistas returned to the executive branch.

It would be simplistic to say that Nicaragua embarrasses the United States with its achievements.  The US has slated Nicaragua for regime change for other reasons.  US sanctions are designed to cause suffering among the Nicaraguan people and to undermine every achievement of the Sandinista-led government, including advancements in protecting the environment along with improved literacy rates and decreased poverty. The hope seems to be that the Nicaraguan people will give up and just vote for the US-backed candidate in order to stop the aggression.  If not, the US aims to put itself in a better position to orchestrate a coup.

The underlying problem is that our political system is not optimized for solving the problems facing our own population, and certainly not for solving the problems of foreign populations.  Our political system is designed to maximize profits for the donors to political campaigns and advertisers and owners of media outlets. Although most people in Nicaragua and the US benefit from environmental protection, influential US companies have lobbied for a return to neoliberal rule.  US companies want deregulation and cheap labor and land, not regulations preventing climate change.  Would you expect a lobbyist to support any policy that even marginally decreased its client’s profit? Such a lobbyist would soon be replaced or its client would go out of business.

The US is not only the biggest direct cause of climate change, but US foreign policy in support of neoliberal governments, regime change against governments that regulate their economies, and US engagement in wars around the world all greatly contribute to climate change.

Unfortunately, the wealthy countries that are the biggest emitters of global warming gases are not willing to address the problem themselves, and they prevent less industrialized countries from addressing it. Most countries the U.S. calls “democratic” are run by corporations driven by their profit motive. Environmental activists need to counter free-market capitalism and imperialism if they want to have a meaningful impact on climate change.

Rick Kohn is a Professor in the College of Agriculture and Natural Resources at the University of Maryland. He has worked on extension and research projects in the US, Nigeria, and Nicaragua.

Featured image:  Nicaragua is one of the top places in the world for wind power. Photo: Katherine Hoyt