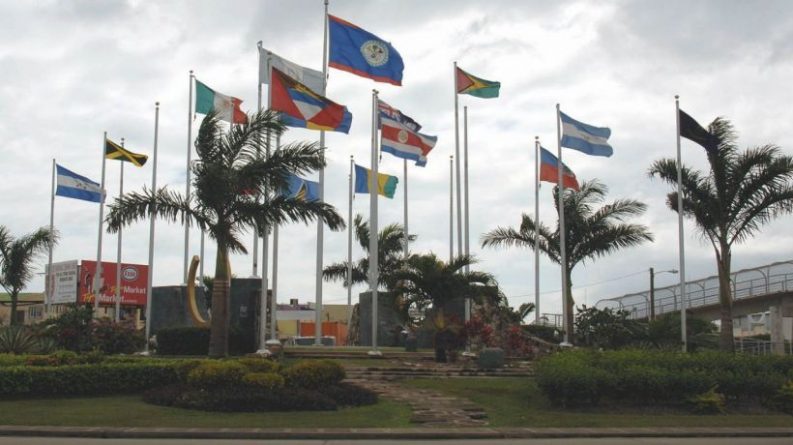 Canada tries to position Juan Guaidó in the Caribbean to the detriment of the constitutional government of Nicolás Maduro.

Misión Verdad had access to a confidential document (“Non-Paper”) drafted by the government of Canada, led by Justin Trudeau, with which they tried to build a bridge of contact between the president of Venezuela’s National Assembly (in contempt) and some countries of the Eastern Caribbean by proposing an instrument to displace Petrocaribe.

Yesterday, March 14, the Canadian government sent a low-level official to a meeting of the Organization of Eastern Caribbean States (OECS), held on the island of Guadeloupe, with the aim of facilitating a direct link between Guaidó’s team and the prime ministers whose governments make up Caricom.

In Guadeloupe, Trudeau’s special envoy asked for a meeting with the OECS leaders, which was rejected because he did not possess the appropriate diplomatic level necessary for such a meeting to take place. However, Caribbean representatives accepted a courtesy lunch where the Canadian delivered the following document:

Trudeau’s representative requested a meeting with all prime ministers from OECS, however he was denied for not having the necessary diplomatic requirements, so he conveyed the document during a courtesy lunch with all CARICOM representatives. pic.twitter.com/ybMtSl2eUY

The government of Canada in principle would have offered a meeting between Juan Guaidó himself and the representatives of these countries, which turned out to be false something that annoyed the Caribbean leaders because it represented a sign of little diplomatic seriousness.

In spite of this, they received the document with the proposal of the Trudeau Administration, which at all times acted as representative of the Venezuelan opposition, which proposed creating an organization parallel to Petrocaribe called “Cooperation and Energy Stability Agreement”.

The proposal to undermine Petrocaribe produced yet another sign of annoyance in the representatives of these Caribbean countries, who reminded the Canadian envoy of their full support for dialogue between the parties in Venezuela. They also urged the opposition to sit at the same table with the government of Nicolás Maduro.

They also reminded Canada of the fact that Petrocaribe is being sabotaged by both U.S. sanctions and regional pressure against Venezuela, supported both by the Trudeau government and by the Venezuelan opposition represented in the National Assembly (in contempt).

Without further ado, the Caribbean rejected the Canadian proposal.

The Canadian-led anti-Venezuelan coalition tried it this way:

Finally, the Caribbean representatives made it clear that they do not recognize Juan Guaidó. They insisted on their common position that proposes peaceful means of dialogue and respect for international law, outside the strategy of coup d’état and “humanitarian intervention” planned by Washington.

It should be remembered that the OECS is a regional body that promotes technical cooperation and the sustainable development of six independent countries and three territories of the United Kingdom in the Caribbean Sea.