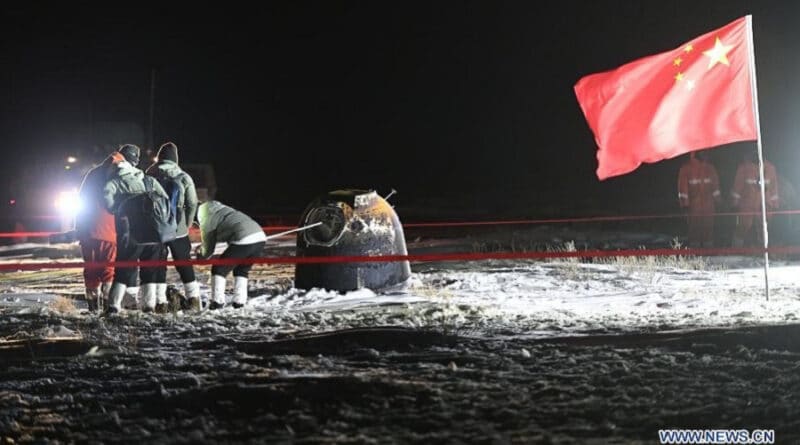 The Chang’e-5 space probe has returned to earth with a total of 1,731 grams of samples taken on the moon, the China National Space Administration (CNSA) has announced.

In an event held this Saturday, the samples were delivered to the Chinese Academy of Sciences (CAS), from where they were transferred to the lunar samples laboratory at the National Astronomical Observatories, where scientists will conduct storage, analysis and research, Xinhua reports.

Chinese Vice Premier Liu He, also a member of the Political Bureau of the Central Committee of the Communist Party of China, attended the ceremony. Liu praised the Chang’e-5 lunar mission, stating that it is an important milestone in the construction of China’s aerospace force.

Liu also called for organizing collaboration and cooperation to address the difficulties of lunar sample research and to contribute Chinese wisdom to deepen scientific understanding of the formation and evolution of the universe.

The CNSA announced that it will publish the relevant policies for lunar samples brought by Chang’e-5 to coordinate and promote scientific research, and to encourage more scientists at home and abroad to participate and strive to accomplish more scientific achievements.