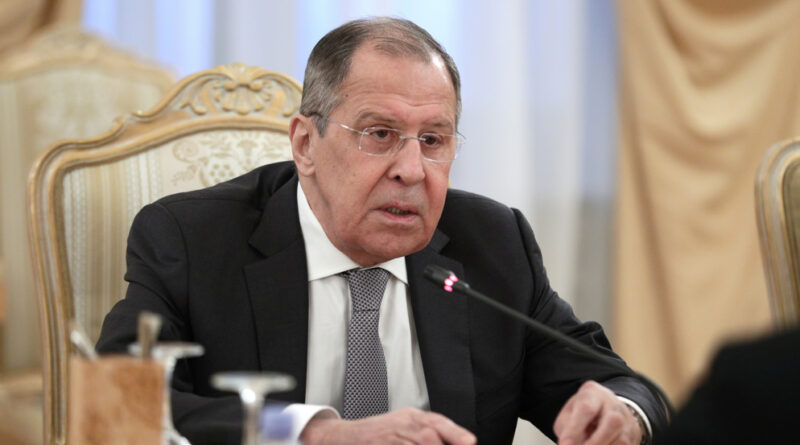 Russian Foreign Minister Sergey Lavrov says his country and China will not yield to Western pressure or accept a world order that is being led by the United States and its close allies.

December 8, 2020.- “The West is trying to, I have no doubts, resurrect the unipolar world order. Such poles as China and Russia are unlikely to be subservient to it,” Russia’s Tass news agency quoted Lavrov as saying on Tuesday.

The top Russian diplomat said the US-led Western countries had been desperately attempting to reinstate the unipolar world order by ignoring objective global development trends and driving a wedge among nations.

For instance, he said, in recent years, aggressive Western countries had been exerting pressure on India to weaken cooperation between New Delhi and Moscow and to push it into confrontation with China.

“New Delhi is facing tough pressure exerted by the US in issues of military and technical cooperation [with Russia],” Lavrov said. “[The] West… is trying to draw the country into anti-Chinese games, promoting Indo-Pacific strategies, and to dramatically weaken our close partnership, [our] strategic and privileged relations with Indians.”

India, a traditional ally of Russia, has bought dozens of Rafale fighters from France in a deal estimated to be worth $9.4 billion. In July, the first five Rafale fighter jets bought from France landed in India and the Indian defense minister used their arrival to issue a veiled warning to neighboring China over territorial tensions.

Elsewhere in his remarks, the Russian foreign minister said that the West was using international organizations as a tool to further its agenda or subjugate them by means of “privatizing secretariats.”

“Or, when such attempts fail, it takes the discussion outside the UN framework and the level of universal conventions and then dictates decisions it finds most convenient as the ultimate truth and the sole correct version of multipolarity,” Lavrov said.

The Russian foreign minister said the 27-nation European bloc was entirely US-centered and had given up attempts to play a role in a multipolar system.