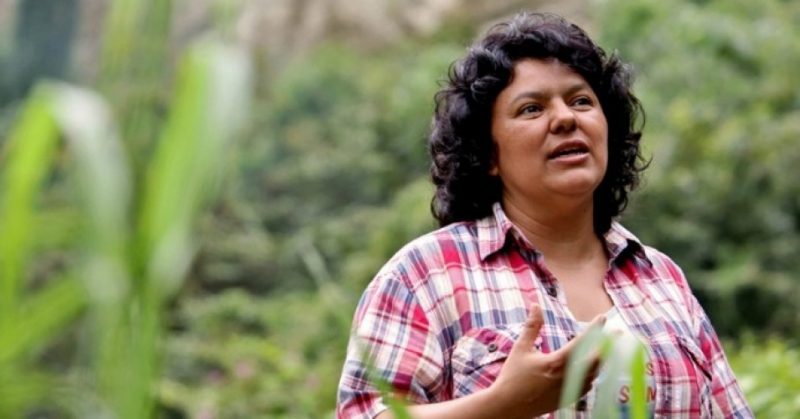 A Honduran court on Thursday found seven men guilty of the murder of Indigenous rights activist Berta Cáceres, whose role in a stopping a hydroelectric dam had earned her the prestigious Goldman Environmental Prize. But according to her family, justice has still not been served.

Cáceres, a founder of the Civic Council of Popular and Indigenous Organizations of Honduras, or COPINH, and decades-long activist, was assassinated in 2016 at her home. As International Rivers previously noted:

For years, Berta had led a peaceful resistance movement against the Agua Zarca Dam, which [dam builder] DESA was building on the Gualcarque River in indigenous Lenca territory without consent from the local people. A regular target of government harassment, Berta had experienced increasingly frequent incidents just before her death, and she had expressed fear for her life to friends and colleagues.

The three judges of the Tegucigalpa court convicted Sergio Rodriguez—a top official at the electric group Desarrollos Energeticos SA (DESA), which was building the plant—after unanimously ruling they had “solid evidence” that he had orchestrated the killing with Douglas Bustillo, DESA’s former chief of security, and soldier Mariano Diaz.

Four hired assassins had been recruited to kill Cáceres, the court said, adding that two men broke into her house and shot her, an assassination with an approximately USD4,000 price tag. DESA President David Castillo is awaiting trial in the case.

While the verdicts were welcomed by her supporters, they say the trial was highly flawed.

Since her murder, said U.S. Sen. Patrick Leahy (D-Vt.) in a statement reacting to the verdicts, “we have witnessed an attempted cover-up by the Honduran police, an investigation fraught with irregularities, including reports of cell phone and ballistics evidence not analyzed, and a trial laden with delays involving eight defendants who almost certainly do not include the intellectual authors of this despicable crime.”

That point was echoed by one of Cáceres’ daughters, Olivia Zúñiga. “Justice here was not complete because the DESA business owners have not been investigated or prosecuted, although they are the masterminds of the crime,” she said.

Moreover, said Erika Guevara-Rosas, Americas director at Amnesty International, “By excluding the victims from the murder trial of human rights defender Berta Cáceres and by having the Public Prosecutor’s Office—an institution that has repeatedly been reported for violating their rights—act as their representative, the path to justice and truth has been blocked for the defender’s family.”

“Despite the ruling delivered today in this emblematic case, the Honduran justice system must demonstrate its commitment to the truth and identify all those who planned and ordered the murder of Berta Cáceres,” Guevara-Rosas added.

The men’s sentences, which could be up to 30 years in prison, will be announced in January. Four of the men, Reuters reports, “could spend even longer behind bars as they were also convicted of attempting to kill Mexican activist Gustavo Castro, who was with Cáceres during the attack.”