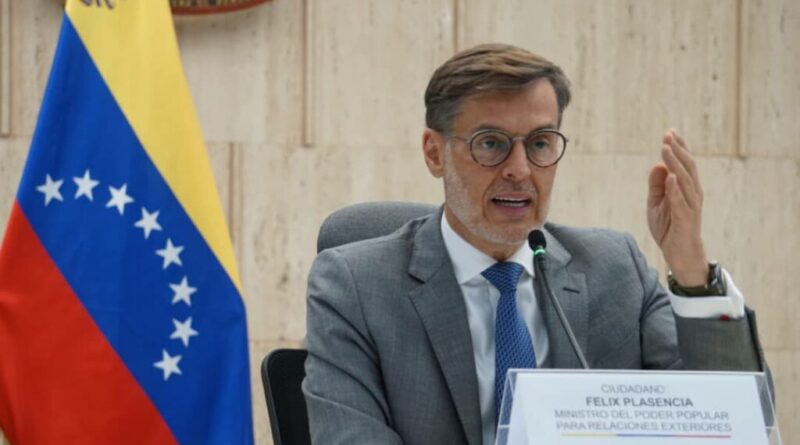 This Thursday, January 13, Venezuelan Minister of Foreign Affairs Félix Plasencia denounced the latest Human Rights Watch (HRW) report,which falsely claimed that the President of Venezuela, Nicolás Maduro, used the state of emergency decreed by the onset of the COVID-19 pandemic to intensify control over the population. This report constitutes yet another twisted inversion of reality because, contrary to developments in Venezuela, the virus was actually used in many countries in the Global North for that very same purpose.

Via Twitter, Plasencia commented that “Mr. Vivanco [the exiting director for Latin America] says goodbye to HRW doing what he does best: fabricating reports to please his financiers. His latest report, full of inaccuracies and without mention of the harmful effects of the Coercive Measures [US Sanctions] taken against the people of Venezuela, is pure mythomania.”

Vivanco posted a message on Twitter where he assured that Venezuela “is being investigated for [alleged] crimes against humanity, a humanitarian emergency and the mass exodus.”

Among other things, the report states that “the government of Nicolás Maduro and his security forces are responsible for extrajudicial executions and short-term forced disappearances and have imprisoned opponents, tried civilians in military courts, tortured detainees and repressed protesters,” reproducing the same narrative pushed by HRW storytellers in the US and Europe.

This is a narrative very distanced from the reality on the ground in Venezuela, but worse, it is a more accurate description of the imperialist governments of the North and their lackeys in the South. The main purpose of HRW, like many other NGO’s financed by corporate powers and governments in the North, is to attack governments that do not subjugate to US and European mandates, or those representing a threat by reducing US influence in global affairs, a fact which has been corroborated by many analysts.