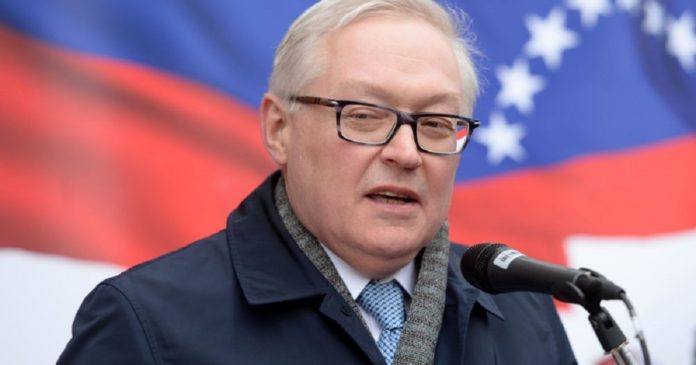 The government of the Russian Federation ratified its willingness to support the Bolivarian Republic of Venezuela with strategic cooperation in the midst of the unilateral coercive measures imposed by the US administration against the South American country. This was affirmed by the Russian Deputy Foreign Minister Sergey Riabkov, who has been leading the Russian delegation in its meetings with top US and NATO officials and attempting to diffuse the tension created by the latest encirclement of Russia via NATO military bases and arms sales.

According to statements issued by the high-ranking Russian official and disclosed by the country’s Ministry of Foreign Affairs through its Twitter account, Vladimir Putin ‘s administration considers the Bolivarian Government of President Nicolás Maduro to be one of its allies and a key strategic partner.

Asked about Russia keeping the door open to a military presence in Latin America, Jake Sullivan said: "I’m not going to respond to bluster in the public commentary" and that "if Russia were to move in that direction, we would deal with it decisively” https://t.co/Y6IA3gGt18

Likewise, Riabkov expressed his support for the Republic of Cuba, a nation which has struggled against the aggressive US blockade for more than 60 years. On this note, he remarked that in addition to the financial and commercial siege, the socialist island has been subjected to a string of permanent attempts to destabilize civil society and cause social unrest.

“All of this is totally unacceptable and we are going to counter it. Venezuela and Cuba are our allies in the region, our strategic partners. We will do everything possible so that they perceive our support,” said the Russian deputy minister of foreign affairs.

Military cooperation?
In a recent interview, Deputy Foreign Minister Sergey Riabkov was asked about the possibility of installing Russian military infrastructure in regions of Latin America, such as the Bolivarian Republic of Venezuela and the Republic of Cuba.

According to Riabkov, he could “neither confirm nor exclude” whether Russia will send military assets to Latin America. “It’s the American style to have several options for its foreign and military policy,” he commented, “That’s the cornerstone of that country’s powerful influence in the world.”

With these words, the Russian official stated that the actions considered by his government, be them in the name of cooperation or defense, will depend, in turn, on the actions undertaken by “American colleagues,” a clear reference to the NATO and US military presence in Ukraine, a former Soviet republic and a sensitive neighbor of Russia.

Likewise, Riabkov reiterated the position of the Russian Federation, which in defense of its territorial sovereignty possesses the right—like any other country on Earth— to deploy its military forces within its own boundaries if a reasonable threat to national security is detected. These clarifications were made in the context of Washington’s interventionist claims regarding the tensions between the Eurasian giant and its neighbor Ukraine.