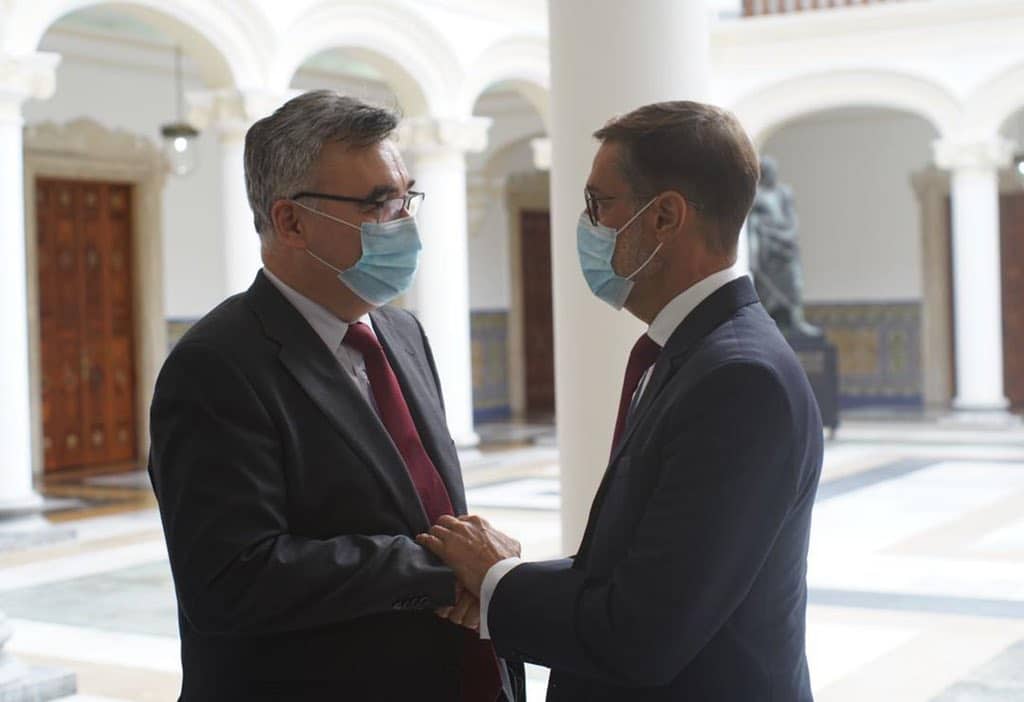 In a message on Twitter, Plasencia informed that the meeting with the Russian ambassador was held “with an eye on our 2022 bilateral agenda and focused on strengthening existing cooperation in various areas: politics, economy, culture and health, among others.”

In a recent interview after tense negotiations between Russia, the United States and representatives of the North Atlantic Treaty Organization (NATO) regarding the threatening advances on Ukraine by the US-led military bloc, Russian Deputy Foreign Minister Sergey Riabkov was asked about the possibility of installing Russian military infrastructure in regions of Latin America, especially in Venezuela and Cuba.

Riabkov had responded that he could “neither confirm nor exclude” if Russia will send military deployment to Latin America. “It’s the US style to have several options for its foreign and military policy,” he commented. “That is the cornerstone of that country’s powerful influence in the world.”

Venezuela and Russia have strong strategic ties, of which security and military are some of the most active areas of cooperation. This cooperation has been open and transparent, with Venezuela being one of few countries with fully operational Russian S-300 VM Antey-2500 defense missile systems. Any strengthening of the military cooperation has to pass through Venezuela’s constitutional framework. Recently the Maduro administration has shown signs that it is willing to move forward in broadening military cooperation with Russia.