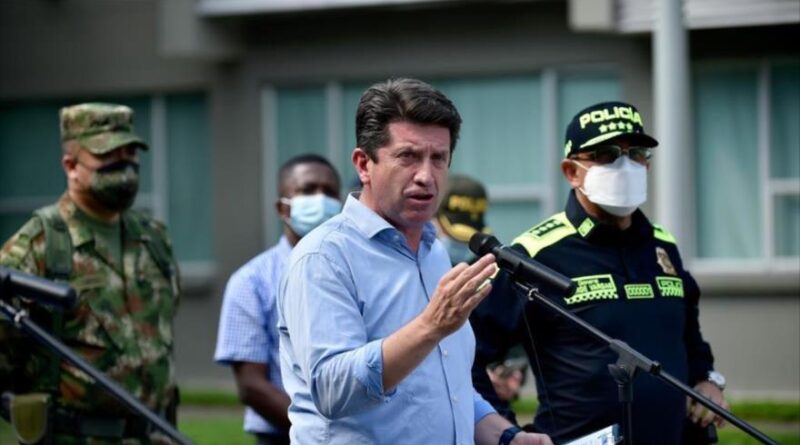 Amid the escalation between Russia and US-led NATO, Colombia claims to have evidence of ongoing military cooperation between Moscow and Caracas.

Amidst the possibility of Russian military deployment in Venezuela against threats from the United States, Colombian Defense Minister Diego Molano claimed this Friday, January 14, that, thanks to his country’s “intelligence operations,” it has been revealed that Russia has been cooperating with Venezuela on military issues “for months.”

“Intelligence information reveals that Russia is carrying out cooperative activities with the Bolivarian security forces, and that, of course, is well known in Colombia and all over the world,” Molano insisted.

The minister stated that the Colombian Army has carried out a wide deployment at the border with Venezuela to guarantee security, for which, he has insisted, it provides “security” to Colombians in the event of the eventual arrival of Russian military units in the area. His claims of providing security to the Colombian people sound vacuous in the midst of the recent escalation in Arauca department that has displaced tens of families, and over a dozen people have been killed. This happened precisely due to the absence of support from Colombian authorities in territories controlled by paramilitary and drug-trafficking gangs or armed groups.

“Our forces have units deployed in Arauca, Catatumbo, La Guajira and Norte de Santander for several months,” detailed Molano. “Especially they are engaged in an exercise with the special command against drug trafficking to protect Colombians at the border.” This is bound to make anyone wonder where those forces were during the violent incidents in Arauca.

Will there be a Russian deployment in Venezuela?
On Thursday, January 13, Russian Deputy Foreign Minister Sergey Riabkov announced that Moscow could install military infrastructure in Cuba and Venezuela, should tensions rise between his country and the North Atlantic Treaty Organization (NATO), headed by the US. This is not a capricious decision taken by Russian authorities, rather it is a response to NATO/US military encirclement of Russia and the multi-million dollar US-NATO military cooperation with the extreme right government of Ukraine. However, Venezuelan and Cuban authorities are the ones that have the last say in the matter of any military deployment on their national territories.

Venezuelan Minister of Defense, General-in-Chief Vladimir Padrino López, referring to Russia’s military presence in Venezuela, expressed on Twitter that Moscow is considering the possibility of deepening military cooperation with the Bolivarian Republic.

It has been years since Venezuela was forced by Washington and European Union illegal sanctions and blockade to turn to China and Russia for military and strategic alliances. Since then, the level of this military alliance has raised exponentially, especially in recent years as the United States has threatened military actions against Venezuela multiple times, and along with Colombia, has organized mercenary plots to oust President Nicolás Maduro and overthrow his government.

Previously, the Russian government had shown support for its Latin American allies, including Cuba and Venezuela, condemning foreign interference in the internal affairs of those countries and promising military aid to deal with external threats, amidst the escalation of tensions with the US.

Washington, in turn, has threatened to give a “decisive” response to possible Russian presence in the Caribbean, which is a challenge to its influence in Latin America, an area that the US considers its backyard and where it applies imperialist policies of the Monroe doctrine.