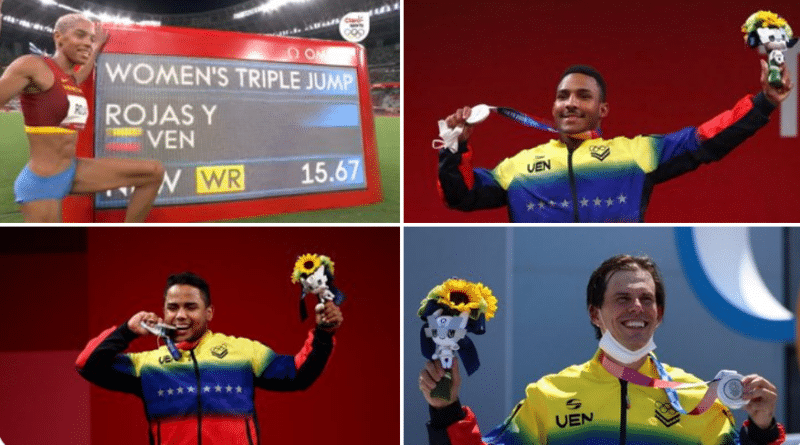 Caracas, Aug 1, 2021 (OrinocoTribune.com)—This weekend, Venezuela had the best performance in its Olympics history when Yulimar Rojas won a gold medal in women’s triple jump and established a new world record, along with Keydomar Vallenilla winning a silver medal in weightlifting (96 Kg category) and Daniel Dhers also claiming a silver medal with a taste of gold at the men’s BMX freestyle event.

The first medal came during the early hours of Saturday (Caracas time) at the hands of the weightlifter Keydomar Vallenilla who won a silver medal for Venezuela in weightlifting, 96 kg category, lifting 177 kg in snatch and 210 kg in clean and jerk, for a total of 387 kg. Fares Ibrahim Elbakh of Qatar took gold and established an Olympics Record with 402 kg total, and Pliesnol Anton, from Georgia, took bronze with 387 kg. 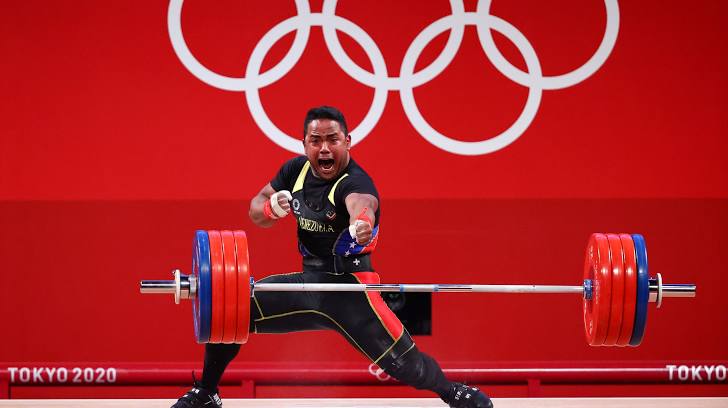 Although Vallenilla managed to lift 216 kg on his third chance in clean and jerk, the judges invalidated his move in a controversial decision. The young Venezuelan, born in Caracas, thus won the second silver medal for Venezuela at the Tokyo 2020 Olympic Games, after Julio Mayora achieved second place in weightlifting in the 73 kg category earlier in the week.

The second medal of the day came through Daniel Dhers, who won the silver medal in men’s BMX freestyle, thus rewarding Venezuela its third medal at the Tokyo Olympics. The cyclist achieved 90.10 points in his first presentation and 92.05 points in his second presentation, and was only surpassed by the Australian Logan Martin, who obtained 93.30 points. The bronze medal went to UK’s Declan Brooks, with 90.80 points. Costa Rican Kenneth Tencio achieved fourth place with 90.50 points. This was the first time that BMX has been included as an event at the Olympic Games. 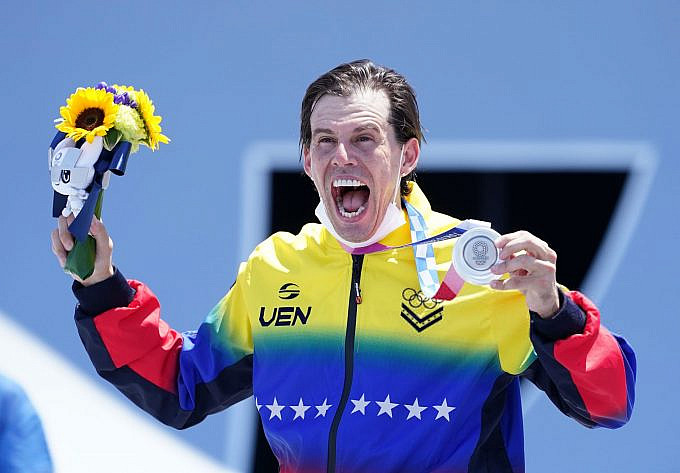 Many in Venezuela and Latin America could clearly note the bias of the judges towards white Caucasian athletes when Dhers and the Costa Rican Tencio, despite making outstanding performances with risky moves and excellent execution, received less points than their white anglo-saxon counterparts from Great Britain, Australia and the United States.

Dhers set the bar very high in his first round, with a triple tailwhip (360 degree turn of the bike frame on the front axle) and a flair (backflip combined with 180 degree rotation) executed without hands, which were worth 90.10 points. His second round was even more acrobatic with a pristine execution that brought him 92.05 points, allowing him a podium finish with the silver medal.

The climax of this historic Olympics week for Venezuela came through Yulimar Rojas in women’s triple jump final. The renowned Venezuelan athlete achieved 15.67 meters this Sunday in Tokyo. With her first jump marking 15.41 meters she surpassed the Olympics record, which she herself later surpassed in her sixth and last jump, masterfully setting a new Olympic and world record. The previous one was held by Ukraine’s Inessa Kravets since 1995, when she had marked 15.50 meters. 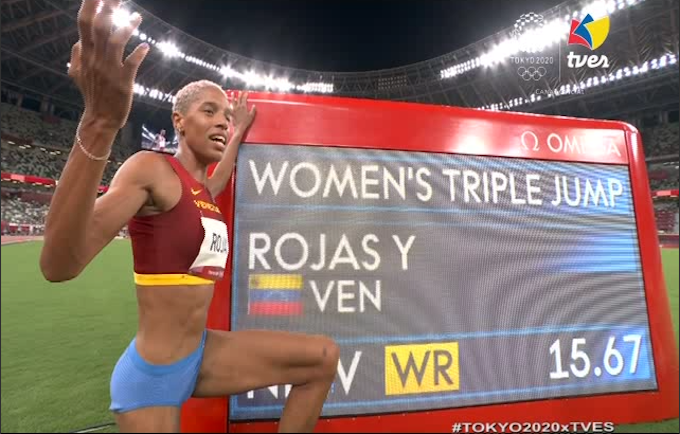 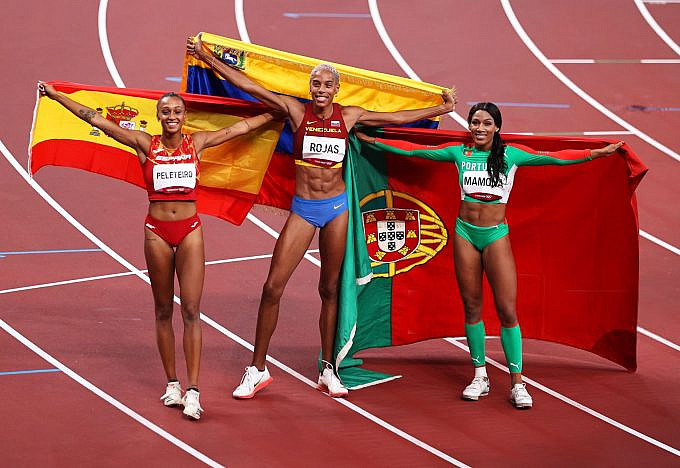 In her first jump she broke the Olympic record. In her final, she smashed the world record by 0.17m. Huge victory for not only Yulimar Rojas but for all of Venezuelan athletics—which she’s said the late Comandante Hugo Chavez was a “fundamental pillar” of.pic.twitter.com/6oWBncdvF2

Since Hugo Chávez and the Bolivarian Revolution triumphed in Venezuela, government investment in education, health and sports increased exponentially, with the construction of new sports facilities, bringing foreign trainers and coaches and paying more attention to the needs of high performance athletes. Despite the terrible economic situation, resulting from the illegal US and European blockade and affecting the daily life of millions of Venezuelans, Venezuelan athletes and the government have been able to surpass all the restrictions of the sanctions and the blockade, and the athletes have rewarded their homeland with the best performance so far.

At the 1984 Los Angeles Olympic Games, Venezuelan athletes managed to bring home 3 bronze medals; at the 2016 Rio de Janeiro Games, Venezuelans won 3 medals, 2 silver and 1 bronze. This time, in Tokyo, Venezuela has reached 4 medals for the first time in the nation’s Olympics history, along with one world record.