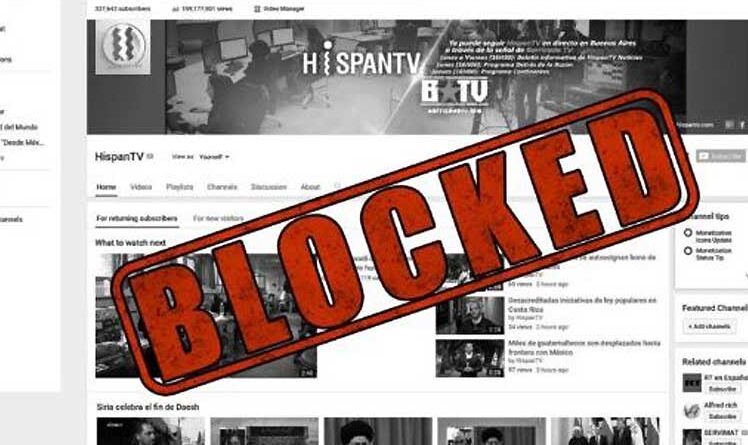 Google executives said they detected violations of its laws without providing details of which ones.

HispanTV, as well as other news media among them Press TV, are often censored by US multinational corporations without explanation.

An official note from the Foreign Service of Iran’s state-run Radio and Television Organization calls such decisions a media dictatorship.

In defiance of these measures, Iran launched Urmedium, an alternative platform, without advertising and in which people can download video content.

Executives from FireEye, a Google associate for computer security issues, stated that the blockade is actually trying to stop the growing influence of Iranian media in the United States, Europe, Latin America and the Caribbean.