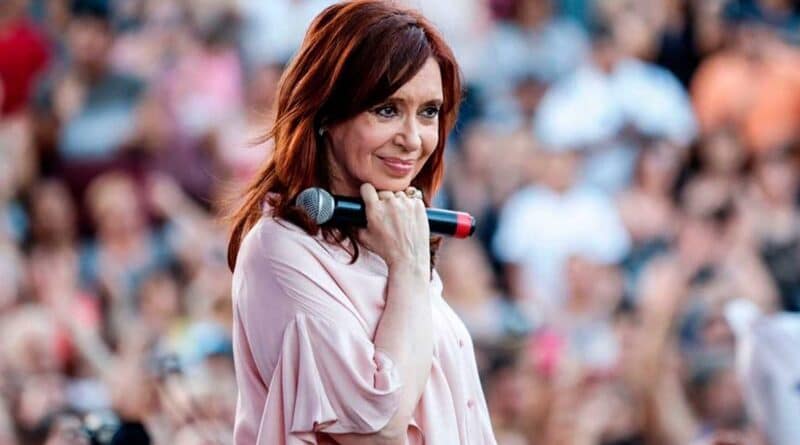 The Argentine vice president, Cristina Fernández, who was head of state between 2007 and 2015, filed a lawsuit against Google for having allowed the search engine’s “knowledge panel” to present her “in a malicious and defamatory way” with the caption “Thief of the Argentine Nation.”

As reported by party sources in a press release, the president of the Senate, through her lawyers, made a judicial filing on Thursday, August 6, before the Federal Civil and Commercial Court to request a “urgent expert discovery” against the US company, in the character of “evidence in advance.”

The press release explains that on May 17, the newspaper Clarín published on its web site that the Google search engine had placed the controversial legend in the location where the position held today by the charismatic and popular Argentinian politician ought to be.

“Indeed, within the knowledge panel of the main web search engine, instead of describing the institutional position of Vice President of the Nation currently held by Cristina Fernández de Kirchner, the legend ‘Thief of the Argentine Nation’ appeared maliciously and defamatory,” the statement said.

For this reason, and “to preserve the data that facilitate, among other things, the calculation of the damages caused and the operations carried out to violate the very personal rights” of the vice president, her lawyers request that the necessary means be provided to “download and store” all of the data associated with the plaintiff since May 17, arising from the content of the Google knowledge panel of “a prominent person.”

They also request that how this publication is generated be detailed in a “clear and precise” way, how long it has been active, the number of views it has had and what actions the company took in relation to these interactions.

RELATED CONTENT: Vallejo Police Officers Performed Ritual to Celebrate Each Time They Killed on the Job

In the last four years, the former president has been prosecuted in various judicial cases, for alleged acts of corruption during her governments, many of them carried out by former president Mauricio Macri and none of them properly substantiated. This is a lawfare campaign launched also against progressive presidents in South America, like Correa and Lula, among others, and promoted by the US government to have right wing governments in the region.

In the legal document released today it is added, in reference to the phrase that appeared in Google, that “these attacks and lies have been committed by malicious opponents on other occasions, but they had never been perpetrated directly by the internet search engine.”

“In sum, Google published on its platform and under its responsibility, false and offensive information in relation to Cristina Fernández de Kirchner, tarnishing her name, image and honor,” it emphasizes.

In the event that the legal action prospers and there is some type of compensation for the damages caused to the complainant, the amounts received will be donated entirely to the Children’s Hospital “Sor María Ludovica” in La Plata, the hometown of the former president.