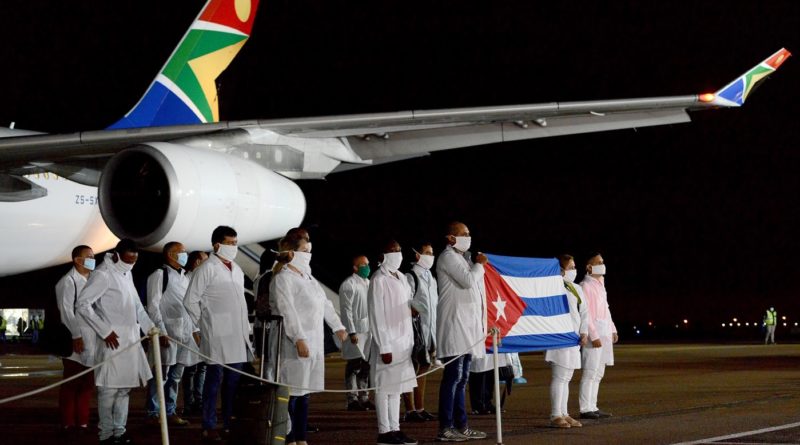 Havana, May 22 (RHC)– A number of European organizations support the proposal to award the Nobel Peace Prize to the Cuban medical brigades of the Henry Reeve Contingent for their contribution to the global confrontation of COVID-19.

In recent days, the Departmental Union of the General Confederation of Labor of France of Bocas del Ródano, the Committee of Toulouse France Cuba, the Spanish Euskadi Cuba, Cubainformación.tv, Communists of Catalonia, and the Italian National Association of Friendship Italy-Cuba have joined the campaign.

The Friends of Cuba in Charente-Maritime, the Movement against Racism and for Friendship among Peoples, the Parisian Committee of Solidarity with Lula, Communist Grouping, and the Brazilian Workers’ Party Cell in Paris also joined.

From other parts of the world, the International Committee for Peace, Justice and Dignity for the Peoples, the Alba-tcp, the Support Group for Cuba (Ireland) and the Valencian Association of Friendship with Cuba José Martí (Spain) signed the petition.