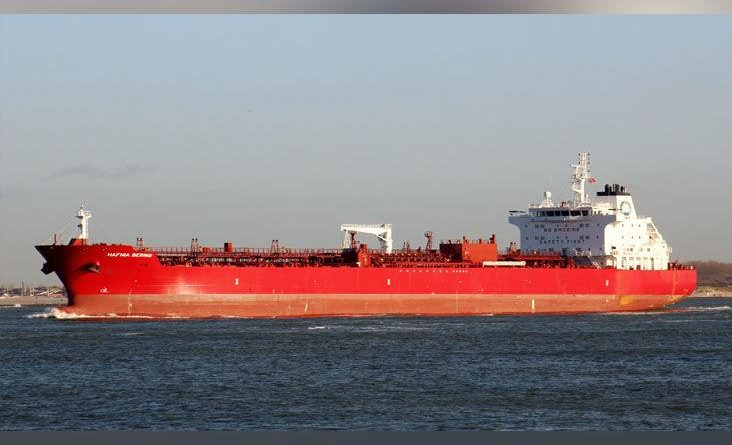 News Security and Defense
May 23, 2020May 23, 2020 orinocotribune Fortune, Iran, Tankers, territorial waters, US Imperialism, us military aggression, US Sanctions, Venezuela

Caracas, May 23, 2020 Orinoco Tribune).- The first of five humanitarian tankers from Iran heading to Venezuela with gasoline to alleviate weeks of fuel shortages affecting millions of Venezuelans due to US sanctions is already in Venezuelan territorial waters.

In a regular trade operation between sovereign countries, Iran agreed to sending the cargo to Venezuela and days later, the US Department of State and the Pentagon initiated a media campaign, using Reuters and AP mainly, of intimidation — threatening military retaliation, using US warships to blockade Venezuela under the disguise of the “war on drugs”.

It is worth mentioning that in the area there are reports of military warships belonging to the Netherlands, UK and France allegedly also there for the “war on drugs”.

#GraciasIran According to https://t.co/aBY51d6GaS the first Iranian tanker "Fortune" (circled in blue) is at this moment north of Sucre state (Peninsula de Paria) in Venezuelan territorial waters already. In the second image you can see a map of Venezuelan waters. VENCEREMOS!!! pic.twitter.com/Oyloe5Ky2P

The Iranian government categorically rejected US threats of maritime piracy and warned of drastic counter measures in the case of an illegal blocking of its cargo. Venezuela meanwhile announced its army will escort the tankers upon arrival to Venezuelan waters.

Four Iranian tankers are still on their way to Venezuela, Forest, Petunia, Flaxon and Clavell, and the attention of Venezuelans and nationals of many other countries are on them, due to the destabilizing implications that a US military attack will represent for the region and for the world.

Many Venezuelans, since the beginning of Covid-19 quarantine — lasting 10 weeks already — have been affected by fuel shortages all over Venezuela, also damaging the Venezuelan economy and distribution channels. In addition to that, last week, due to US sanctions, DirecTV (owned by AT&T) decided to cease operations in Venezuela, affecting between 8-10 million Venezuelans currently at home and without much information or means of entertainment at their disposal.