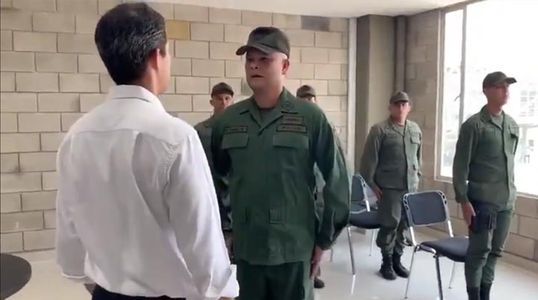 “They are some military personnel who have been completely left behind,” said the president of the Venezuelan Political Persecuted in Exile (Veppex), José Antonio Colina, in relation to the betrayal of the Venezuelan military in Cúcuta, who defected after the call of the self-proclaimed “president in charge”, Juan Guaidó.

The president of Veppex, José Antonio Colina explained that “the military personnel who crossed the border into Colombia, specifically in Cúcuta, when Juan Guaidó made the call, today are completely abandoned.”

“A good part of them went to other countries like Chile, Peru, Panama, many others remain on the border desperate trying to see how they manage to come to the United States because many of them do not have a visa,” he added.

In this sense, Colina explained that some military deserters have even contemplated the possibility of crossing the border through Mexico to reach the United States.

RELATED CONTENT: FARC-EP Leaders Back to Armed Struggle – FARC Party Will Continue within the Peace Agreement

“Basically it is seen that they are military personnel who have been completely left abandoned,” he said.

Last Friday, about 100 Venezuelan military deserters protested in Cúcuta, because of the unfulfilled economic promise of 250 thousand pesos in three installments. They have only received one.