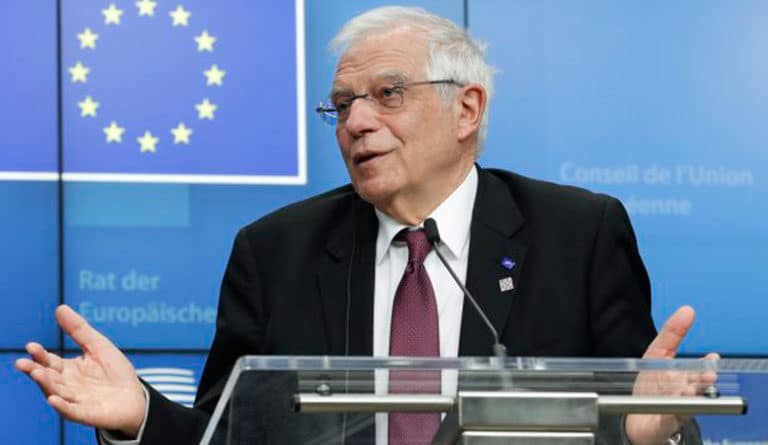 This Thursday, a majority of the European Parliament approved a resolution requesting the Council and the member states acknowledge Juan Guaidó as “interim president.” This followed an announcement made by the High Representative for Foreign Policy of the European Union in which the issue of the recognition of the self-proclaimed Guaidó “government” was left aside.

“Members of the European Parliament (MEP’s) ask the Council and the member states to recognize the constitutional continuity of the legitimate National Assembly of Venezuela elected in 2015—the last time that Venezuelans were able to express themselves freely in an electoral process—and of the legitimate interim president of Venezuela, Juan Guaidó,” says a press release that reports on this resolution, which had the favorable vote of 391 MEPs, the abstention of 177, and the refusal of 119, from a parliament made up mostly of representatives of the right and extremism.

Maintaining the line imposed by the defunct US administration of Donald Trump, they call for the strengthening and extension of sanctions against Venezuela, actions that prevent the country from accessing resources and assets of the Republic in the midst of the COVID-19 pandemic.

Likewise, they insist on withholding recognition of the Venezuelan authorities, and maintain their strategy of questioning the credibility of general elections, despite the fact that the very same parliament opposed the appointment of an EU Electoral Commission to observe the recent parliamentary electoral process carried out in Venezuela—which produced the new National Assembly—after receiving public and formal invitations sent by President Maduro.

RELATED CONTENT: Maduro Urges New US Government to “Overcome the Demonization” of Venezuela

As well as requesting “more sanctions” that prevent the country from accessing its assets deposited in European countries, the parliamentarians of the old continent “regret the lack of international funds channeled to Venezuela and ask the international community to honor its commitments and disburse the amounts committed to face the serious humanitarian crisis.”

After passing the calendar date marking the end of the legislative period for which Juan Guaidó was elected, the nations and organizations that recognized him entered into conflict over the recognition of the “interim government” that Guaidó unconstitutionally installed in 2019 and that he—violating any existing legal regulations (local and foreign)—decided to maintain indefinitely under the fiction of the “administrative continuity” of a constitutionally and legally expired parliament.

Featured image: Josep Borrell issued a statement discarding the mention and recognition of the self-styled “interim government” of Guaidó.