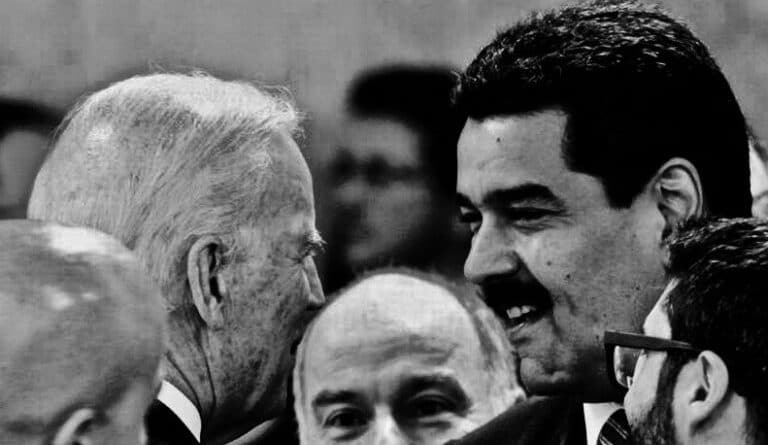 On Wednesday Venezuelan President Nicolás Maduro urged the new US government to “overcome the demonization they have made of Venezuela” and move towards a “deep rectification” that will permit the improvement of relations between the two countries.

“They have called for the transcendence of the demonization of Biden’s supporters by the supremacists and the extreme right, and I thought that we can do the same. I call on the US government to overcome the demonization that they have made of Venezuela, of Commander Chávez,” said Maduro, who claimed to have heard the inauguration of the new US president three times.

The head of state called “for a deep and thorough rectification.” In this sense, he asked “that Joe Biden take the reins of foreign policy and abandon this demonization of Venezuela.”

Maduro asked the Foreign Policy Commission and the Board of the new National Assembly, as the only legislative body in the country, to “study and take legislative and political initiatives based on a new beginning in relations between the United States and Venezuela.”

RELATED CONTENT: US Weapons Shipment Seized in Transit from Bogotá to Venezuelan Border

“We have excellent relations with American society, universities, intellectuals, educators, thinkers, the labor movement, African-American and Indigenous movements, we have good relations with important people, but we have terrible relations with the US political establishment,” said Maduro, who regretted that in the past four years former president Donald Trump promulgated “an extremist narrative about Venezuela.”

“Trump left, he left alone, we overthrew him. In the face of defeat, loneliness, and Trump’s retirement, it is nice to show the culture, identity and rebellion of Venezuela. We have succeeded. Trump is leaving, but the empire remains,” the Venezuelan president emphasized.