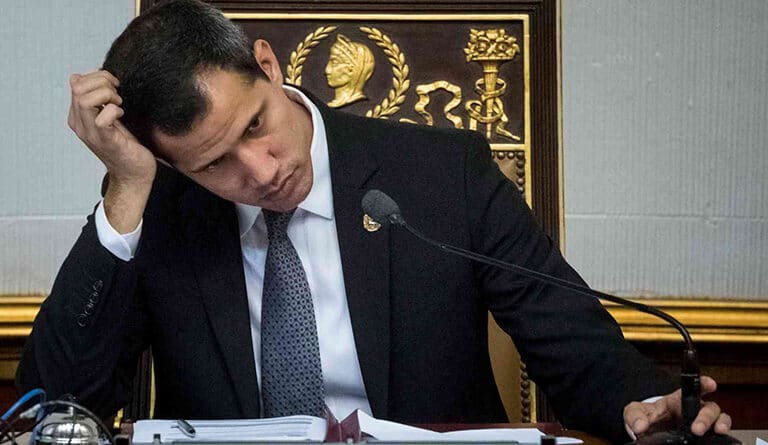 This Wednesday the European Union (EU) recalibrated its stand on former deputy Juan Guaidó as “interim president” of Venezuela. This came soon after the inauguration of Venezuela’s new National Assembly (AN) for the 2021-2026 term that ended the Guaidó-era parliament.

In a communiqué by the High Representative of the EU for Foreign Policy, Josep Borrell, making a diplomatic effort to avoid the specific non-recognition of the self-proclaimed Guaidó, the European body stresses that “it will maintain its commitment to all political and civil society actors who fight to return democracy to Venezuela, including Juan Guaidó and other representatives of the outgoing National Assembly elected in 2015.”

They also reiterate their policy of disregarding Venezuelan institutions and interfering in internal affairs, stating that “the EU deeply regrets that the National Assembly assumed its mandate on January 5 on the basis of these undemocratic elections.”

Overall, the communiqué avoids calling former deputy Guaidó president of the National Assembly or even “interim president.” It also disregards its previous criticism and recognizes the existence of a new National Assembly and the extinction of the one supported by the United States that still tries to stay afloat, bypassing any legal, political and constitutional logic.

The EU is entangled in its own labyrinth in the Guaidó case in Venezuela for having blindly followed Trump's directive (the same one who does not accept the electoral results in his country)
The EU now ignores Guaidó as Interim President after 1 year of making a fool of itself! https://t.co/HdXA6h09UG

This acknowledgement of the new AN is indicated by alluding to the fact that the December 6 elections, to which they refused to send an observer mission, “did not comply with international standards for a credible process and to mobilize the Venezuelan people to participate.” In reality, the elections were simply boycotted by the US and their local puppets, in spite of the fact that Venezuelan authorities complied with several requests from opposition parties.

Continuing their line of “regime change,” they insist on betting on “a transition process” which they are “willing to support,” and as if to reaffirm their strategy of putting pressure on Venezuela, they warn that “they are also willing to take additional specific measures,” meaning more illegal sanctions.

As mandated by the National Constitution, this January 5 the new National Assembly was installed, which was the result of the elections of December 6, 2020 and in which the Chavista forces, integrated in the Great Patriotic Pole (GPP), obtained the majority of the seats.

For this annual session, deputy Jorge Rodríguez was elected as president of the parliament and he announced that the AN would get to work in order to promote dialogue and agreement in the country, as well as work aimed at the re-institutionalization of the Legislative Power and the enactment of laws in various matters to contribute to the economic recovery of the country.