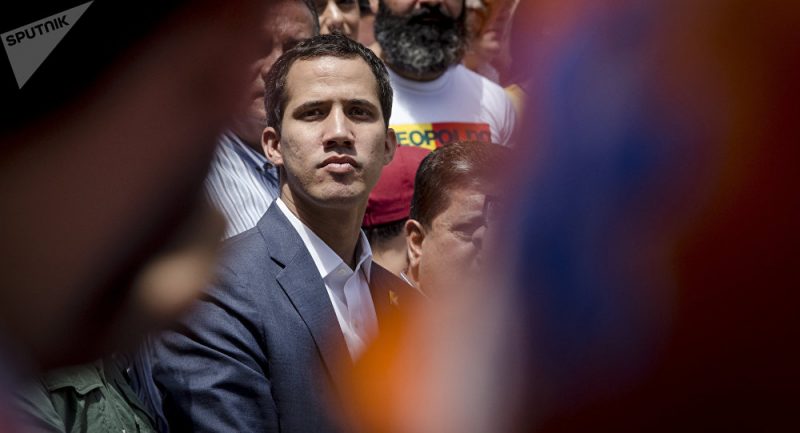 Juan Guaidó arrived at the Palácio do Planalto (the official workplace of the President of Brazil), accompanied by Brazilian Foreign Minister Ernesto Araújo. Despite the fact that Brazil recognized Guaidó as interim president of Venezuela, the meeting was not a state visit and took place in the office of Jair Bolsonaro.

Professor Rafael Araújo believes that Guaidó came to Brazil because his position weakened after an unsuccessful attempt to deliver humanitarian aid through the Colombian and Brazilian borders to Venezuela.
“He was defeated last Saturday. The day for the delivery of humanitarian aid was decisive for him but it has failed. Humanitarian aid did not get to Venezuela and he lost this fight against Maduro,” the expert said.

In a press statement after the meeting with Guaidó, Jair Bolsonaro said that Brazil would act within the law to restore democracy in neighboring Venezuela.

According to the professor, this demonstrates that Brazil’s rejection of possible military intervention in Venezuela was significant and even affected the position of other countries.

“The United States, including Russia, of course, take different positions but they see dialogue and sovereignty as a way for Venezuela to overcome the state of deep political crisis in which it is now,” the professor noted.

Guaidó’s visit did not bring any significant results but it was meaningful in terms of symbolism.

“I argue the fact that Bolsonaro accepted his [Guaidó] visit is symbolic but [the meeting] did not bring any benefit. It was a symbolic attempt to show that Brazil is still an ally and an important one, however, he [Guaidó] did not win now; he [Guaidó] keeps on losing the “war” against Nicolás Maduro,” the expert concluded.

Apart from meeting with President Bolsonaro, Guaidó also had talks with foreign diplomats in Brazil, local politicians, and today, on Friday, he will meet with the president of Paraguay in Asunción.