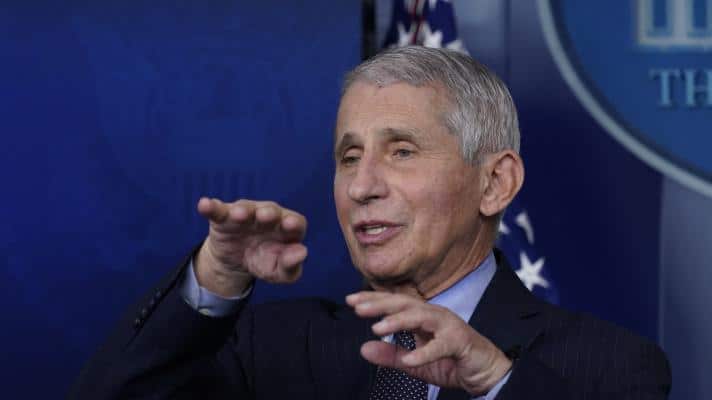 A country’s success or failure in managing the COVID-19 pandemic is measured by the number of infections and deaths from the disease. Although it was expected that the crisis would generate a change in the relationship dynamics between nations, even in their internal management, what the outcome has shown is the overall dominance of a barbarism which was the product of the logic of capitalism.

In the case of the United States, the country that so far leads the death count worldwide, the handling of the pandemic has been catastrophic and its effects have influenced and upset global dynamics. Who was in charge of managing the pandemic and why did it get so out of control?

The answers to these questions and other calamities experienced in the US during the pandemic may be found in Robert F. Kennedy Jr’s recently published book, The Real Anthony Fauci: Bill Gates, Big Pharma, and the Global War on Democracy and Public Health. The book delves into, among other things, the role of Dr. Anthony Fauci, the specialist at the forefront of the COVID-19 health crisis management, and who is a key figure in understanding how the power of pharmaceutical corporations operates.

The author of the book, Kennedy Jr., is a US writer and environmental activist, and a nephew of the assassinated former President John F. Kennedy. The text can be consulted in English in the following link.

According to a review of the book, written by Brazilian journalist and geopolitical analyst Pepe Escobar, Kennedy’s research which has “intended to deconstruct a New Normal, encroaching upon all of us since early 2020,” is already a “certified pop hit on Amazon,” even though it was only published a few days ago. However, the US media has silenced Kennedy. So, what is the reason behind the book’s sales success and why hasn’t its content made the news?

Escobar considers that the book places “Dr Anthony Fauci as the fulcrum of the biggest story of the 21st century,” allowing “RFK Jr to paint a complex canvas of planned militarization and, especially, monetization of medicine, a toxic process managed by Big Pharma, Big Tech and the military/intel complex—and dutifully promoted by mainstream media.”

And everything seems to indicate that within this “complex canvas” the great loser is the American people, since those who capitalized on the great profits resulting from the crisis have been precisely Big Pharma, Big Tech, and also Big Data.

Escobar indicates that the book focuses on Fauci because his modus operandi is nothing new, quite the contrary; for five decades Fauci has essentially been a Big Pharma agent, whose financial network involves pharmaceutical companies as well as state agencies such as the National Institute of Allergies and Infectious Diseases (NIAID), which according to Escobar, has “transformed NIAID into a seamless subsidiary of the pharmaceutical industry.”

Sabotaging one’s own healthcare system
Fauci has been accused of having followed unethical strategies since the beginning of the pandemic, everything from falsifying science to suppressing and sabotaging competing products due to their lower profit margins. According to Kennedy Jr, “Tony Fauci does not do public health; he is a businessman, who has used his office to enrich his pharmaceutical partners and expand the reach of influence that has made him the most powerful—and despotic—doctor in human history.”

Fauci favored a model that overestimated COVID-19 deaths and which, by the way, was funded by the Bill and Melinda Gates Foundation—a discredited strategy that justified the global lockdown hysteria.

Furthermore, Fauci has been accused of being at the forefront of the discredit campaign against the natural immunity thesis, even though, throughout 2020, the US CDC and the World Health Organization (WHO) admitted that people with healthy immune systems are at a minimum risk of dying from COVID-19.

The US healthcare system itself, under Fauci’s leadership, favored the development of high-tech vaccines while leaving no space for already existing drugs that were effective against COVID-19, a situation that was denounced by Dr. Pierre Kory, president of the Front Line COVID-19 Critical Care Alliance.

Fauci even ruled out the use of prophylactics such as Ivermectin, Azithromycin, zinc, vitamin D and intravenous vitamin C, things that were recorded as effective in a groundbreaking procedural method outlined by cardiologist Peter McCoullough and his team of frontline medical workers.

“By July 1, 2020,” writes Escobar, “McCullough and his team submitted their first, ground-breaking protocol to the American Journal of Medicine. It became the most-downloaded paper in the world helping doctors to treat COVID-19.”

“McCullough complained last year that Fauci has never, to date, published anything on how to treat a COVID patient,” Escobar continues. The clinical cardiologist additionally alleged that “anyone who tries to publish a new treatment protocol will find themselves airtight blocked by the journals that are all under Fauci’s control.”

Escobar further quotes McCullough who declared that “the whole medical establishment was trying to shut down early treatment and silence all the doctors who talked about success. A whole generation of doctors just stopped practicing medicine.”

This campaign against HCQ reached the WHO because in 2020 Bill Gates practically controlled the entire apparatus of the organization, as he was its biggest funder after the US government.

Kennedy’s book also delves into what was, at the time, termed “Lancetgate:” “when the world’s top two scientific journals, The Lancet and the New England Journal of Medicine published fraudulent studies from a nonexistent database owned by a previously unknown company.”

Both journals lost credibility and later had to withdraw the articles. But the damage had already been done, the campaign was effective against hydroxychloroquine and Ivermectin (IVM). The war was fought over the fact that Ivermectin turned out to be an unprofitable competitor to Merck’s molnupiravir.

Kennedy details in his book what Escobar says “could be construed as a Fauci-Gates alliance,” a relationship in which monetary interests prevailed over the human one. Fauci supported a Gilead Remdesivir study in which it turned out that, in addition to costing $3,000 per treatment, the drug is a “de facto” deadly poison.

According to Kennedy, “Fauci might have wanted to kill HCQ and IVM because under federal US rules, the FDA’s recognition of both HCQ and IVM would have automatically killed remdesivir. The Bill and Melinda Gates Foundation happens to have a large equity stake in Gilead.”

The Untouchable Bill Gates
If one thing is clear from all this, it is that Western media have served to project Bill Gates’ philanthro-capitalism. They remain silent over the fact that Gates’ and his foundation’s wealth grew by $23 billion in 2020 alone, during the first year of the pandemic.

That the Bill and Melinda Gates Foundation invests resources in health, food and media, among other things, is a guarantee of a considerable control over such sectors, due also to its almost unquestioned projection of benevolence.

Gates is also one of the main donors of WHO, which guarantees an imposition of a certain narrative and even an imposition its director general, as was the case with Tedros Adhanom Ghebreyesus, who does not hold his credentials in health and medicine and whose performance as head of the WHO has been questionable.

Consequently, Bill and Melinda Gates have been accused of destroying the world’s public health infrastructure and privatizing medicine and food systems for their benefit, in collusion with Dr. Fauci and Big Pharma.

What has been exposed by Kennedy Jr. serves as a glimpse to the power of corporations in such instances as the managing of the pandemic. It also reveals some of the reasons behind the failure to contain COVID-19 within the dominant criminal logic of capitalism.

Featured image: Dr. Anthony Fauci, in charge of managing the pandemic in the US, has instead secured Big Pharma’s profits. Photo: Alex Brandon / AP