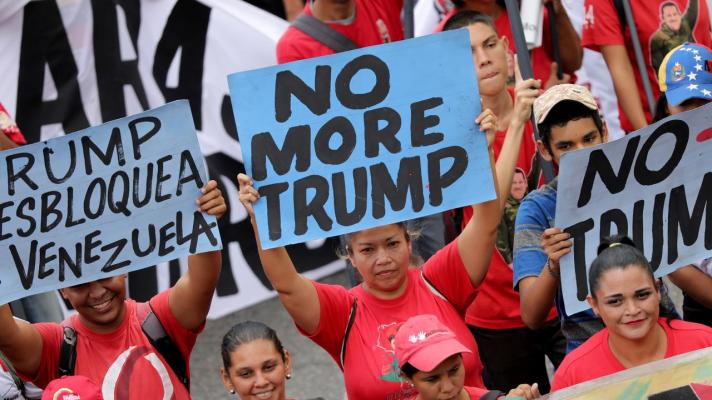 The oil and income configuration of the Venezuelan economy has marked its patterns of operation for the past one hundred years. The most visible aspect of this historical arrangement is the dependence on imports of a wide range of goods and services, both for final consumption, and of raw materials for industrial use, financed largely with money derived from oil exports: “petrodollars.”

This dependent relationship has created a historical framework for the vulnerability that has hampered the possibilities of endogenous and genuine economic development in Venezuela. The Venezuelan economy, precisely because of the import status imposed by US and Anglo-Dutch oil companies at the beginning of the 20th century, is notably exposed to global economic turmoil and falling prices in the international oil market.

Historically, Venezuela has been marked by the ups and downs of the oil industry. Pronounced oil income drops, due to the decline in international oil prices, in the past have led to economic crises, preventing the import rate from remaining high enough to supply the domestic market.

Dependence on imports is greater than 50%. This figure varies depending on the form of imported product, but in general terms the balance has been historically negative.

The main Venezuelan imports can be divided into those that are oil-related, food and medicines, raw materials, and industrial inputs.

For some forms the dependence exceeds 70%, as is the case with some chemical inputs used for medicine, primary alimentary materials, or those for final consumption (rice, wheat, corn, etc.).

Directly or indirectly, the Venezuelan State has historically assumed the cost of the vast majority of imports by controlling the flow of petrodollars.

In summary, the level of consumption of the population is highly dependent on imported products, and the foreign currencies from oil obtained by the Venezuelan State. Therefore, a drop in oil income directly affects the amount of imported goods, driving them up in price and ultimately reducing the purchasing power of the population.

BASIC DATA AND ELEMENTS
Aware of this historical vulnerability, the United States government has deployed a severe blockade against Venezuelan imports, with a view to disrupting the population’s access to food, medicine and other basic goods.

To do this, they have implemented various strategies:

This strategy of multiform aggression and expanded blockade against the financial capacities of the Venezuelan State to carry out basic and vital imports for the consumption of the Venezuelan population, has had dramatic results.

The United States’ blockade against Venezuela has exacerbated the crisis of the Venezuelan economy, taking advantage of its historical vulnerabilities.

The collapse of imports began in 2014-2015, just when the first blockade measures began to be formally executed against Venezuela, which has weakened the purchasing power of ordinary Venezuelans.

The Venezuelan State, despite the oil price crisis and the siege against PDVSA, has the necessary resources to increase imports. What prevents it? The kidnapping of more than $30 billion abroad, the illegal confiscation of CITGO, and the forced isolation of the country from the international financial system, required to make the purchases of products that the country needs.

Given that imports have plummeted due to the blockade, the strategic task for the new parliamentary cycle must be based on three offensive strategies: breaking the blockade, carrying out strategic imports, and changing the orientation of the economic model towards domestic production in order to overcome the historical obstacle of be a dependent economy.

The deputy Juan Guaidó and the opposition deputies linked to his false interim office have been accomplices and architects of the fall in Venezuelan imports: in 2017, Julio Borges sent dozens of letters to international banks asking them to close Venezuelan accounts, and thereafter directly requested “sanctions” to block the country’s main source of income: PDVSA.

Featured image: The Venezuelan people have openly rejected the blockade imposed by Washington on the country (Photo: Manaure Quintero / Reuters).