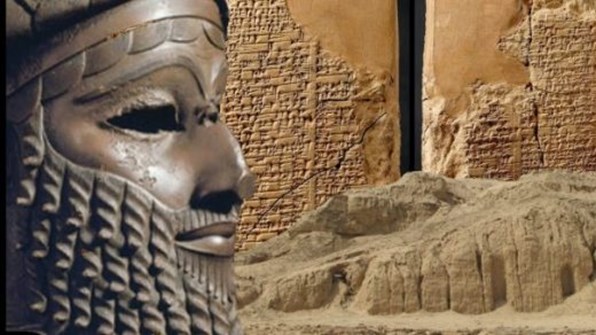 I do not seek to evoke a bohemian or a romantic varnish but I refuse blindness in ignoring the intrinsic syncretism of the Arab world. While the cultural watercolor of certain peoples is illustrated as pluralism, diversity and history but when it comes to the Arab world, it is seen as complicated.

Unfortunately, intellectual negligence recurs like an automaton to reduce the Arab world to religious merchandise. Deficient orientalism prevails in the intellectual priesthood and lately in the paid operant of the academic reality show of the Think Tank.

It is common to hear that the great wars in the history of mankind were for religious reasons, that is not true. Wars were and continue to obey a reason for domination in favor of the plundering of natural resources. And for this it becomes necessary or implies the instrumentalization of a symbolic mantle of human values.

Despite the antagonism between the time factor and human values (theocracy-secularism), where wars were not for heavenly reasons, nor are they today for democracy, freedom and human rights. Wars are due to the imperial factor and that human atrophy is still in force. Today the deep clamor of the peoples for the dignified values of democracy, freedom, human rights and class struggle (the latter term paradoxically avoided in speeches) is vindicated.

Democracy, freedom and human rights are the ideal, the convergence of a rational and spiritual sensibility, it is a duty to be and the raison d’être of the citizen, human condition and the desired destiny of contemporary history. Now, it is there that in turn becomes a trap as it happened with the human sense of God and this is because humanity has not yet been able to overcome the imperial burden.

After World War II in the Arab world, a colonial regime called “Israel” was imposed from Europe. An “Israel” that has no historical link with the former “Israel”. Already in 1907 the scientific report of the English Prime Minister, Henry Campbell Bannerman, exposed how to circumvent the imperial cycle, rise and fall, and rather manage to perpetuate or prolong it. In which the disintegration, division and separation in the region had to be promoted in the Arab world.

Establish political entities at the service of imperial interests, combat any movement of unity from the intellectual, cultural, ethnic, historical, political, religious, economic, scientific etc. But to achieve this, it must be through the implementation of an “agent state”, with a foreign population affecting Europe and its interests.

In 1917 the British Empire, agreed with the Zionist European movement, the creation of a “Jewish home” in historic Palestine. In 1948 the Zionist European movement imposed the colonial State of Israel in Palestine. Now, the existence of the native Palestinian people may disappear. That “Israel” is not only a classic colonialism but it is also expansionist, in fact it does not have its borders defined because its colonialism is not limited to historical Palestine but to the rest of other Arab countries.

The European imposition of the colonial regime of “Israel’ on Palestine is the main factor of instability throughout the Middle East. And it is not a rhetoric of wanting to throw full compliance on the empire. Just as the Holy Inquisition was a threat to the Indo-American and to humanity, just as Nazism was a threat to Europe and to humanity.

The plan to make the Arab Nation States disappear. The peoples, the ancestral Arab cultural diversity, the history and identity and Arab sovereignty are threatened, the case of Iraq is abominable, and all this passes through the sacred mantle of democracy, freedom and human rights. We are in the 21st century and humanity is still trapped in anachronism and imperialist atrophy.

Talking about democracy, freedom and human rights without addressing imperial reality is imposture. It is also impossible to address the imperial reality and ignore the need for democracy, freedom, human rights and class struggle. When these values are evaded, the anti-imperialist struggle that should be implicitly humanist is desecrated, besides ignoring this human need is technically dangerous (giving ammunition to the imperial enemy), because it facilitates the space for imperial interests since the latter capitalize it.

Neoliberal imperialism skillfully instrumentalizes that vast human feeling … where it subsequently strangles it, especially in the countries of the periphery. And it is not cynical that once it instrumentalizes noble human values, it subsequently violates them, that is logical, it is the imperial reason. An example is Iraq, where a dictator, etc., was overthrown, and democracy was imposed.

The fleeting light of the experience of the Arab Popular Rebellions (in the beginning if they were popular and peaceful). It is an amazing example of the great imperial penetration in the Middle East, it shows how bound the Arab peoples are. Not only was the rapid kidnapping of these popular rebellions observed, but to reverse them where the Arab peoples are subjected even more, with a devastating effect even in the anthropological, cultural, sociological, historical and historiographic effects to effect an imperial rearrangement in the region.

Far from raising a Pan-Arabist manifesto but facing the start-up of pulverizing the Arab nation-states. Facing the inhuman, cruel and bloodthirsty imperial reality suffered by the peoples of the Middle East (with the exception – for now – of the Coco-Chanel dictatorships of the Gulf, Arab-Muslim nucleus allied with imperial interests), it  strengthens that feeling of Pan-Arabist identity, as a resource of defense.

Islam cannot be the axis of the Arab peoples, as they want to make us see and feel, that is a reductionism, the Arab world must revolve around its own historical syncretism. The Arab world is not a monolithic identity, only confined to Islam, a kind of Fukuyama: the end of history.

“You have to go to the mosque to convince those people …”, that may be a great truth today, but that was not the truth at the time of my grandfather, a generation of communist peasants of organic Pan-Arabist temperament, attentive to the Bolshevik Revolution. That same generation later disappointed by Joseph Stalin when seeing how the USSR was the first country to vote in the UN for Resolution 181, that is to say the imposition of Israel’s colonial regime in Palestine.

Much of that hurtful disappointment of the Arab left was capitalized by British infiltration through its spy agency, the Muslim Brotherhood. But the conditions of the Cold War period made a progressive and left effervescence prevail in the Arab world, but at the fall of the socialist bloc that disarticulated the world left and in the face of that ideological vacuum, religion becomes an alternative in Latin America and Africa in an overlapping and clear way in the Arab world.

In whatever terms we call the Arabs, we continue to call them – the complicated Arab world – or rather see the imperial and Zionist reality that threatens the Arab peoples, a threat that in turn largely slows down the possibility of democracy and freedom. Of course, the Arab world is complicated, but what people is not complicated?

The domino effect of the Arab popular rebellions is a sample or a sui-generis Pan-Arabism, not in vain we saw how it ended in the rapid injection of a mega articulated logistics of hundreds of thousands of mercenaries of the world, many murderous psychopaths to prevent any popular advance Arab and that later became auspicious to fracture Arab nation-states and all their natural diversity and impose an Islamic fascism. Provoke territorial divisions, fragment in order to subdue them further. This for the project of the New World Order and par excellence for the colonial expansionism of a Greater “Israel”.

Pan-Arabism is not an abstract notion, it is an omni notion and feeling present in the collective Arab imaginary of a political, cultural and emotional nature.

I am not an atheist of the masses and I express this since Pan-Arabism is a possible notion because it flows from the melting pot of crowds. I don’t believe in territorial plots, example: Lebanon is mine and I’m not interested in the rest … (Suicidal obstinacy), a nationalism with a classist accent.

We know of sectarianism in the Arab world, but we also know who benefits and how useful it is to dominate, subdue and destroy peoples.

… To reverse that supposed sectarianism in a fruitful and fertile pluralism typical of the millenarian Arab condition and as a bastion of anti-imperialist defense and in turn as an advanced of democracy and peace.

You need to go to our own worldview and Pan-Arabist cosmogony, rescue the Pan-Arabian mosaic, protecting it from sectarianism.

There is Pan-Arabism. It is true that there has been an apologia of Pan-Arabism and at the same time a sectarianism has been practiced. It is clear that this merits a secular and laic vision, of very absent inclusion in all constitutions of Arab governments.

Without complexes, without an alienating cowardly and submissive complex. This is an anti-imperialist and anti-Zionist struggle. Without complexes, we must vindicate, provoke Pan-Arabism, in universal compass and hammering out our own archaeological mosaic.

Note
1. From the wandering Palestine.
I am Palestinian and the colonial regime of Israel does not allow me to live in my Palestinian land. It does not allow me to have my Palestinian nationality.
My parents are survivors of Al-Nakba, they fled from Palestine, 1948, have already died and were never allowed to return to their Palestinian homeland.
My homeland is Venezuela, I am Latin-Arab and equally Canadian, but the fact of not being able to live in my Palestinian homeland, that makes me a Palestinian refugee. We are millions of Palestinians with other nationalities, but having another nationality is no reason to give up our right to be Palestinians and live in our Palestinian homeland.
2. Al-Nakba.
Voice of the Arabic language that means, the catastrophe.
It alludes to the tragedy experienced by the Palestinian people, massacres and the massive expulsion from their homeland, to establish the colonial regime of Israel in 1948 in Palestine.
3. Al-Awda.
Voice of the Arabic language that means, the return.
It is the right of return requested by the more than six million Palestinian refugees dispersed throughout the world.