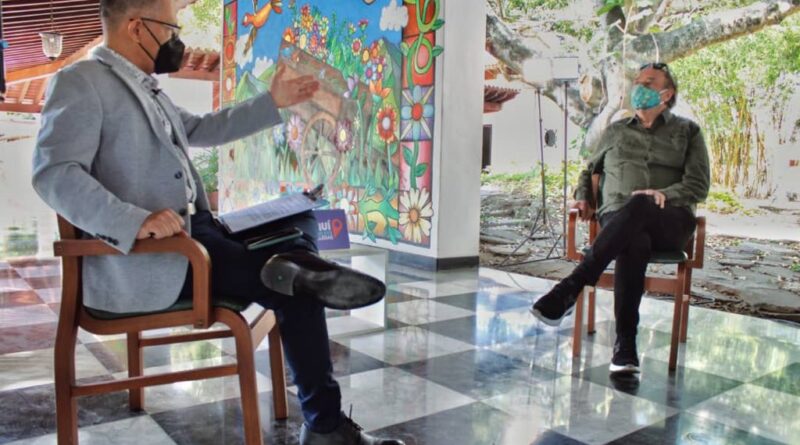 The Bolivarian Republic of Venezuela fights the COVID-19 pandemic with great efficiency and responsibility. This was stated by the journalist Ignacio Ramonet during a special edition of the program Here with Ernesto Villegas. “President Maduro was one of the first leaders in the world to take measures such as the closure of borders, confinement, detection and identification of infected individuals, that’s why the first wave of infections in Venezuela was fought in an exemplary way, and at an international level,” stressed the political analyst.

When asked about the statements that the pointed to Venezuela as a health threat, the communication theorist said that this accusation was part of the scandalous attacks against the South American country facing a multifaceted war.

Ignacio Ramonet stated that “rather, it is the governments of neighboring countries such as Brazil, which is the second world epicenter of the pandemic, and Colombia, whose official statistics are not credible, have not had the will, as President Maduro has challenged, to fight the disease, or to share procedures and resources. ”

With regard to the Anti-Blockade Law, the journalist also believes that Venezuela must be given the tools to combat the financial blockade that prevents the Government, for example, from buying medicine and food, because the suppliers can’t receive their payment, because Venezuela has been expelled from the international financial system, by imposition of the United States.

“If the government does not react, obviously the situation is going to get even more difficult for the population. President Maduro has had the intelligence to develop a tool that suits the type of modern blockade that is being applied,” he said.

Regarding the criticisms that come from the left regarding the Anti-Blockade Law, Ignacio Ramonet said that they must be respected; However, he affirmed that the left should not be alarmed because the guarantor of the Chavista character of the law is President Maduro himself.

For Ramonet, we are in a moment that he described as a global trauma; in the immediate future looms the greatest economic crisis in the history of humanity, so he recommends that the population learn to live with the coronavirus responsibly, allow the economy to resume functioning, and be clear that what happens in Venezuela will depend on the results of the December 6 elections, and also the elections in the United States.