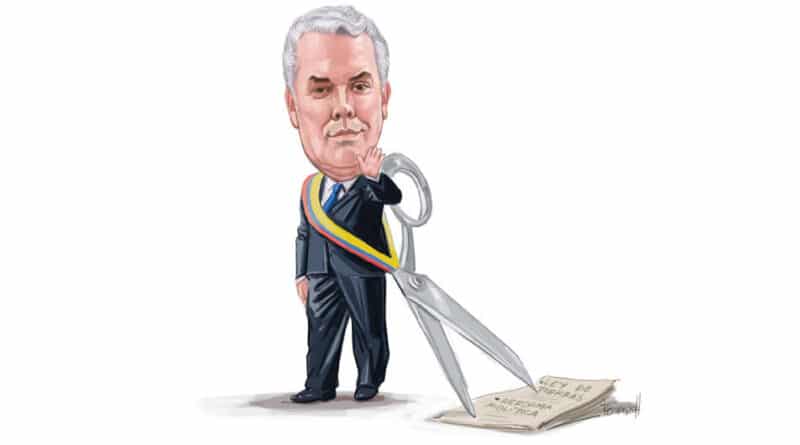 The negotiation of peace in Colombia that sought the cessation of the national armed conflict, signed in 2016 by the then president of Colombia, Juan Manuel Santos, and the Revolutionary Armed Forces of Colombia (FARC-EP), had no continuity or validity due to Colombian current president, Iván Duque, “because he did not sign it.”

The slap in the face of the peace agreement in the neighboring country (of Venezuela) was recently recalled by the broadcaster Miguel Ángel Pérez Pirela, in a fragment of his multimedia show “Desde Donde Sea”, where he criticized the position of Duque, who has not honored the pact since he arrived in the Casa de Nariño in 2019.

“Do you think that those who armed the paramilitaries will now disarm them?” Asked Pérez Pirela, in his show broadcast on social networks.

“Juan Manuel Santos disarmed the FARC-EP but left the paracos, the paramilitaries armed, and now they and the army massacre the ELN, who handed over its weapons. We already know this story. The problem is the impunity that reigns in Colombia,” said Perez Pirela.

In his opinion, the Semana magazine in Bogotá has shown evidence of acts of corruption and impunity linked to the violence unleashed in the neighboring country, among them, “the million dollar business of passing off capos as indigenous people to flaut Colombian justice and the US courts.”

Of this thriving business, Perez Pirela explained that according to investigations “the captured kingpin buys documents and databases that certify that he supposedly belongs to an indigenous community, this serves as a passport to impunity.”

“The inflated mouth,” is the second mechanism implemented by Colombian drug traffickers to avoid going to jail; they alter the institutional reports of the public forces.

“Colombia that lives on marketing is mired in a continuous civil war and community leaders are still being assassinated and the world is still silent, and when it speaks it’s to give a Nobel Peace Prize,” he lamented.