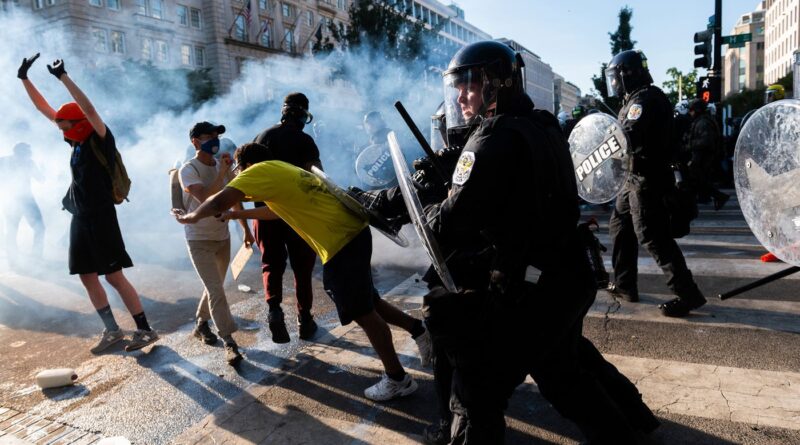 Washington, Portland, Texas, Oakland, and Seattle. Anti-racist protests are spreading all over the US.

The protesters are angered by police brutality against African-American citizens, following George Floyd’s brutal death by police in Minnesota.

Repression, beatings, arrest, tear gas grenades, pepper spray and detonations in different cities are current events in the US. The people have risen up against the racism and brutality prevailing in the country.

In addition to Portland, in the state of Oregon, which has been a scene of harsh repression for two months, this Saturday, the protests were joined by Washington, Texas, Oakland and Seattle.

The riot police confronted the protesters who, to avoid being hit by pepper spray, opened their umbrellas.

RELATED CONTENT: Norwegian Delegation Arriving in Venezuela in the Next Few Hours – Guaido’s Fake Government Rejects It (President Maduro Will Meet with Them)

In Seattle, the police arrested 16 people. They are accused of assault and of refusing to disperse. In Texas, one person died in the midst of a protest in Austin.

The protests have multiplied after the statements of President Donald Trump, who demanded that governors take strong measures against protesters. The White House presumed that federal forces, dispatched for weeks, could contain the marches. In defiance, more people have join the protests.

Human rights organizations warn that the adoption of violence as an approach to respond to protests will increase divisions and growing tensions, giving rise to human rights violations.