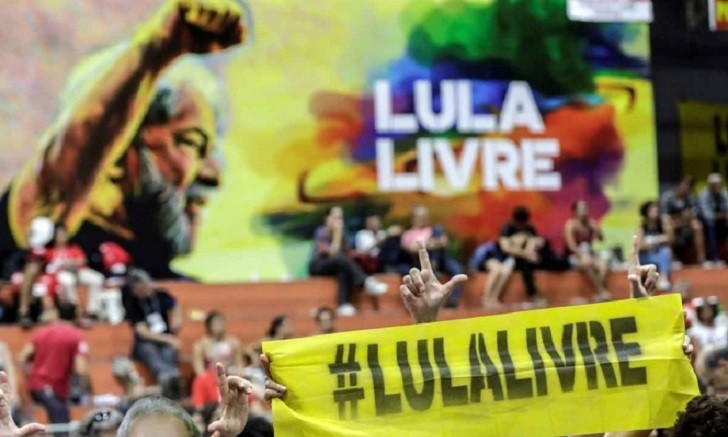 Brazil’s Supreme Court stayed on Wednesday the transfer of former president Luiz Inácio Lula da Silva from Curitiba to São Paulo just hours after a judge ruled in favor of a petition filed by the Federal Police. The vote was 10 to 1. The country’s top court ruling came after Lula’s defense lawyers filed a motion for a preliminary injunction to release him following this morning’s court decision, which his supporters considered “a move to draw attention away from important matters.”

The motion was filed regarding a habeas corpus petition that is pending since last year in the Guarujá beachside apartment case, which is expected to be reviewed by justice Gilmar Mendes. His lawyers questioned the court’s decision to transfer the ex-president “in a moment when new and serious information has been revealed regarding the conduct of agents involved in Operation Car Wash,” after The Intercept Brasil, in partnership with other Brazilian outlets, started a series of exposés on the case.

His lawyers also argued that, in case the Supreme Court didn’t rule to release the leftist leader, he should not be transferred to São Paulo. The 11 top court justices delivered their vote after 72 members of parliament of 12 parties met with the Supreme Court chief justice, Dias Toffoli, calling the justices to stand up to the latest court decision. The meeting was called by the House Speaker, Rodrigo Maia.

Earlier today, a court ruled in favor of a petition filed by the Federal Police Bureau in Curitiba to transfer Lula to a prison in the city of Tremembé, São Paulo, sparking a backlash among the popular leader’s supporters and attorneys.

“Lula should be released”

After the court decision early on Wednesday to transfer Lula, Fernando Hideo, a criminal lawyer and member of the Brazilian Association of Jurists for Democracy (ABJD), spoke with Brasil de Fato and argued that the Workers’ Party leader’s defense should not shift focus from their goal, which is Lula’s freedom. “The focus is that Lula should be released. It’s not about the quality of the place where he is jailed. Lula should not be in prison, period. Having Lula serve a prison sentence is a moral abomination,” Hideo said, adding that he has no doubt that the decision by a Curitiba-based judge to transfer the popular leader to São Paulo was out of the ordinary.

“It’s unusual, because it was a decision regarding a petition filed by the Federal Police, which is headed by Sérgio Moro, the Justice minister,” the criminal law expert said. Moro, who presided over the Car Wash corruption scandal, is being exposed by a series of investigative pieces that show his bias against the ex-president. Hideo argued that the link between Moro and the possible transfer of Lula should not be brushed aside, as it is part of the “media chess board.”

“Just when the exposés on Operation Car Wash started to reach their pinnacle, President Bolsonaro comes along making infamous comments, appointing his son as ambassador to the US, and starting to create a mess to shift focus,” the jurist pointed out.

Hideo also underscored that the Federal Police’s arguments to ask for Lula’s transfer from Curitiba are not legal, “but they are always political.” “They mention disturbance and protests, so the political nature of the request is blatant.”