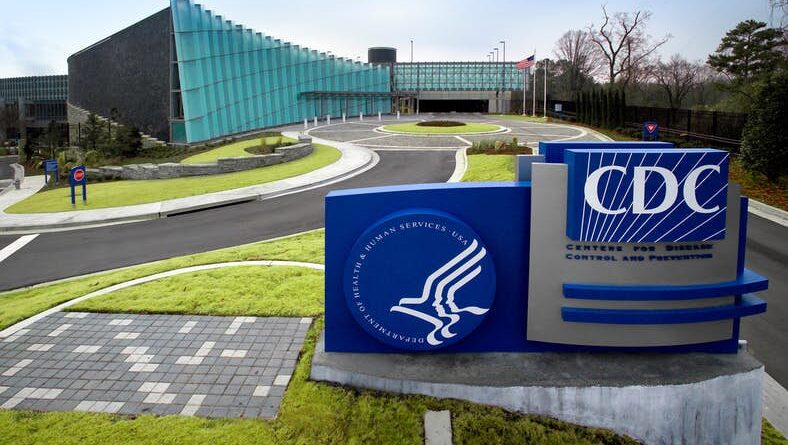 CDC COVID-19 Response Team and other researchers analyzed 9,000 laboratory-confirmed cases from 23 states between Jan. 22 and July 3

The Centers for Disease Control and Prevention found that American Indians and Alaska Natives have a COVID-19 infection rate 3.5 times than white people and younger Native people are more affected. The agency released the study earlier this week in the Morbidity and Mortality Weekly Report.

Sarah Hatcher of the CDC COVID-19 Response Team and other researchers analyzed 9,000 laboratory-confirmed cases from 23 states between Jan. 22 and July 3.

“I just want to emphasize that this disparity is not because of some biological or genetic difference,” Hatcher said. “It’s likely driven by health disparities, and social and economic inequities.”

RELATED CONTENT: California Wants to Know More About Coronavirus and Ethnicity After Surge in Latino Cases

Epidemiologist Dean Seneca read the report and disagreed. He said the report “doesn’t say much” and disputed the findings. “It’s much higher because they’re severely undercounted,” he said.

Indian Country Today’s data shows more than 20,000 positive cases and the Indian Health Service counts more than 38,000. Seneca estimated that Native people are probably 6 times more likely to be infected with COVID-19.Dean worked for the CDC’s Office for State, Tribal, Local, and Territorial Support for more than 18 years and is a citizen of the Seneca Nation. He’s been on the frontlines of many epidemics like polio, h1n1 and Ebola. He is the executive director of Scientific Solutions Plus.

The CDC’s Hatcher said, “It’s important to note that our analysis is really not generalizeable beyond those 23 states overall. And we’re not really able to speculate whether we expect the overall rate to be higher or lower if we included more states.”

The research also revealed that American Indians and Alaska Natives under 18 years old who tested positive for SARS-Co-V-2, the virus that causes the novel coronavirus disease, were younger than whites. Looking at elders and comparing them to whites, a smaller percentage of American Indians and Alaska Natives 65 years or older had the COVID-19 infection.

Seneca says this data “shows we are not wearing masks or because of our housing we cannot practice safe social distancing.”

However, as with many studies, there are flaws.

It doesn’t include Arizona, he said. That state is one of the hotspots in Indian Country

Researchers excluded Arizona, “which accounts for at least one third of all COVID-19 cases” among American Indians and Alaska Natives across the country, because more than 30 percent of its race and ethnicity data was missing.

Dr. Jose Montero, director of the CDC’s Office for State, Tribal, Local, and Territorial Support, knows missing data is a “burning issue” and the agencies have talked about it on “several occassions.”

“CDC aggregates the data that is collected on the state, local level or by a commission. They don’t always also those questions, and the data is incomplete,” he said. “We are working with many different organizations and have been working for quite some time to improve the quality of that data.”

Tribes in Arizona and near the Phoenix metropolitan area are getting hit hard by this pandemic, according to Indian Country Today’s data and the tribes’ data.

There are 22 tribal nations in Arizona. Collectively, the cases for these tribes are in the thousands.

The Salt River Pima-Maricopa Indian Community has a total of 465 positive tests and 18 deaths as of Aug. 21. In the Gila River Indian Community, cases continue to climb as of Aug. 20. The tribe has a total of 1,894 cases, of which 774 are Gila River citizens, and 19 deaths in total. The White Mountain Apache Tribe has had 2,364 positive case and 39 deaths as of Aug. 21. The Pascua Yaqui Tribe reported 1,189 cases and 26 from the Tuscon and Guadalupe areas on Aug. 18 and Aug. 20. For the Tohono O’odham Nation, the tribe reported 456 cases total among its tribal members and 20 deaths. The tribe’s health care lists 535 positive tests, as of Aug. 12. Lastly, the Navajo Nation, its lands span across parts of Arizona, New Mexico and Utah, reported 9,531 cases and 489 deathas as of Aug. 21. Three of the eight service units for the Navajo Nation are in New Mexico, a state included in the study.

The study also excluded other states where outbreaks occurred and are occurring like South Dakota, North Dakota, Washington state, and Oklahoma. These states had incomplete data, too.

“In order to do the analysis, we had to exclude states that did not have race and ethnicity data that was not at least 70 percent complete,” Hatcher said.

The CDC also says it has provided more than $200 million in COVID-19 funding to tribal nations.

Jourdan Bennett-Begaye, Diné, is the deputy managing editor for Indian Country Today based in Washington, D.C. Follow her on Twitter: @jourdanbb or email her at . Bennett-Begaye’s Grey’s Anatomy obsession started while attending the S.I. Newhouse School of Public Communications.