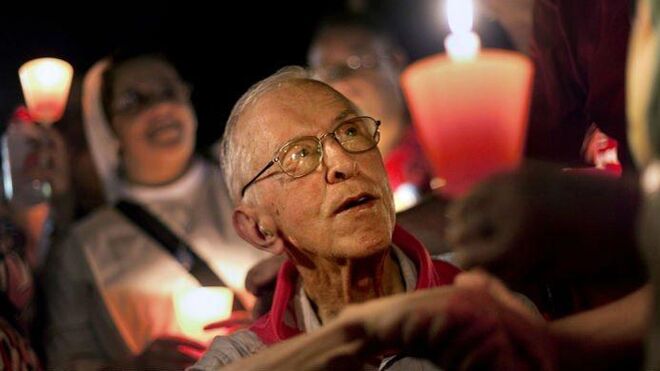 The Spanish Bishop Pere Casaldáliga, a fervent defender of the natives of the Amazon and one of the main representatives of Latin American Liberation Theology, died this Saturday August 8th at the age of 92 in Brazil, where he had resided since 1968, the bishopric reported.

The prelature of Sao Félix do Araguaia, in Mato Grosso (central-west), announced in a statement that the death of Casaldáliga occurred in the morning at a hospital in Batatais, near Sao Paulo (southeast), where he was in intensive care due to respiratory problems. He suffered from Parkinson’s disease.

Born in 1928 in Balsareny, in Catalonia, Casaldáliga was ordained a priest in 1952 and left on a mission to Sao Felix do Araguaia, in the heart of the Brazilian Amazon, in 1968, during the military dictatorship.

RELATED CONTENT:How the US Failed at its Foreign Policy Toward Venezuela

There he opposed the regime, the latifundistas and even the Vatican to defend the landless peasants and indigenous people.

“Our land, our people, lose a great defender and an example of generous life in the fight for a better world, which we will miss very much,” former Brazilian President Luiz Inácio Lula da Silva tweeted this Saturday.

“The difficult thing is to live”

“In this land it is easy to be born and die, the difficult thing is to live,” the prelate told AFP in 2012, on the occasion of the premiere of a television series about his life, “Barefoot on the red earth”, inspired by the homonymous book of the Catalan writer and journalist, Francesc Escribano.

Casaldáliga, who lived under constant threat from the hired killers of large landowners, was one of the founders of the Pastoral Land Commission (CPT) and the Indigenous Missionary Council (Cimi), two key organizations in the struggle for agrarian reform in Brazil.

In 1998, the religious in Rome underwent a harsh interrogation by the then prefect of the Congregation for the Doctrine of the Faith, Cardinal Joseph Ratzinger, who became pope seven years later under the name of Benedict XVI.

In Spain, where the news about the death of Casaldáliga occupied a great space in the media, the government spokesperson, María Jesús Montero, showed on Twitter her “recognition and gratitude” to the bishop, for dedicating his “life to the service of the poor.”

Quim Torra, regional president of Catalonia, where the religious was originally from, thanked him on Twitter for “a lifetime of struggle for the cause of the indigenous world, the church of the poorest, peace as a result of justice, the liberation of oppressed peoples. A full, committed and supportive life.”

At the end of July, along with 150 other Brazilian bishops, Casaldáliga signed an open letter criticizing the far-right president Jair Bolsonaro. The letter alluded to the “incompetence” of the president and his “inability” to manage the coronavirus health crisis, which has left almost 100,000 dead in Brazil, including several hundred indigenous people.