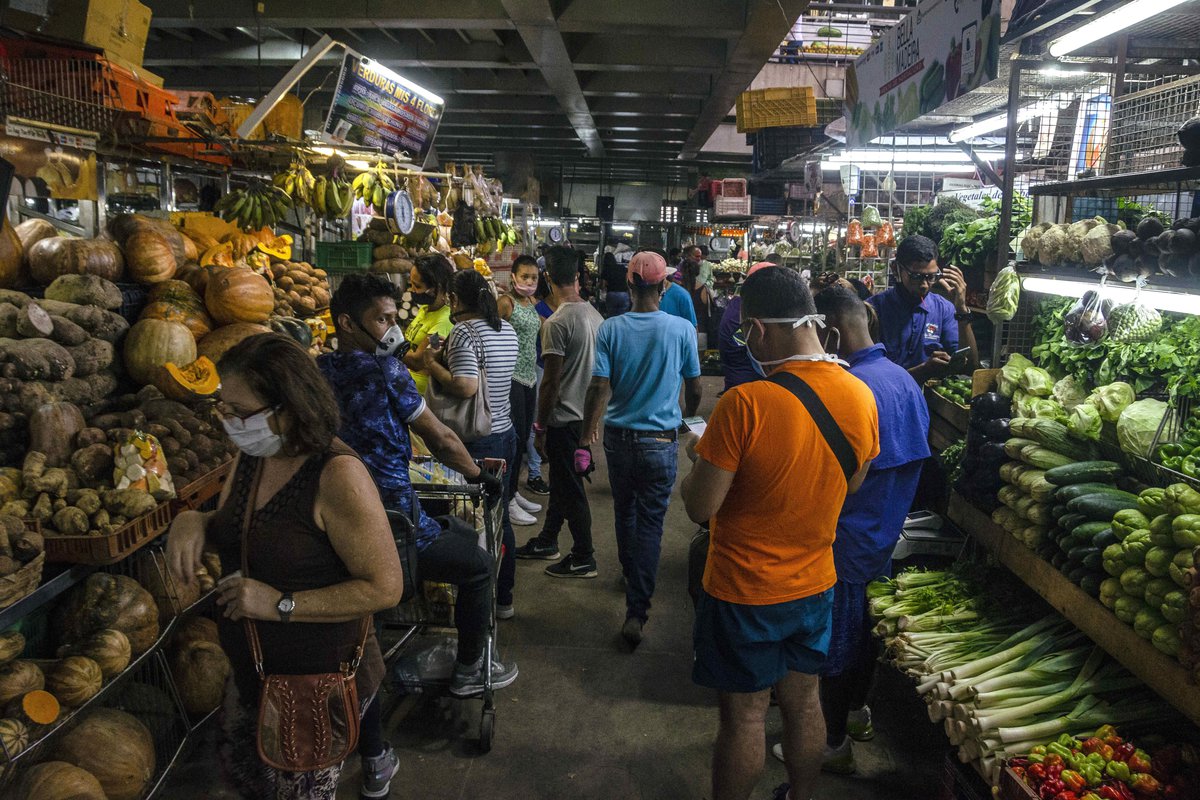 Caracas, February 7, 2022 (OrinocoTribune.com)—Earlier today, the Central Bank of Venezuela (BCV) reported that inflation registered 6.7% last January, a decrease of almost one point compared to December 2021. In annualized terms, the prices measured by the monetary authority rose 472.5%, a figure that reflects a significant slowdown of 214 points compared to 2021’s closing indicator.

The graphic below, prepared by Orinoco Tribune’s editorial team, demonstrates how the inflation rate has behaved in Venezuela since 2020, based on official figures reported by the BCV.

Last Friday, February 4, the anti-Chavista NGO Venezuelan Finance Observatory (OVF) reported that inflation in January was 4.8%. This particular NGO does not seem willing to acknowledge that the official authority to report inflation figures is the Venezuelan Central Bank. As indicated, BCV’s figure reflects an inflation rate almost two percentage points higher than that reported by the OVF.

The exchange rate of the bolivar vis-à-vis the US dollar showed an improvement unseen in several years, with an official exchange rate closing on January 31 at 4.54 bolívars per dollar. This rate was 4.59 bolívars per dollar at the beginning of January, indicating a strengthening of the bolívar of approximately 1%. Many economists were expecting a lower inflation rate for January. February is mentioned by some economists as a month in which inflation figures might better reflect January’s fluctuations in the exchange rate market.

The data from the BCV indicates that across all sectors contributing to the inflation index, the variations were moderate. Only transportation climbed over double digits, with a variation of 13.5%, one and a half points higher than the variation of December. The education and communications services sectors also increased significantly, the former by 9.7% and the latter by 9.5%.

In the opposite direction, housing services, excluding telephone fees, registered almost zero inflation. Its variation of only 0.6% marked a historical decrease in the category that climbed 79.4% in January 2021.

The index for food and non-alcoholic beverages, clothing, and footwear rose in the same proportion of 5.7%, below the general average. The category of restaurants and hotels category also registered a slowdown at 3.8%.

Last week Venezuela’s National Assembly passed a reform to the law to tax large financial transactions (including those in US dollars), aimed at encouraging the use of the bolívar again, and to create a demand for bolívars to push down the price of the US dollar. The law has not been implemented yet, awaiting only its publication in the official gazette to enter into force 30 days afterwards. Most economists agree that the government has to be very careful implementing these types of measures, because Venezuela’s economic recovery is still in a very early stage.