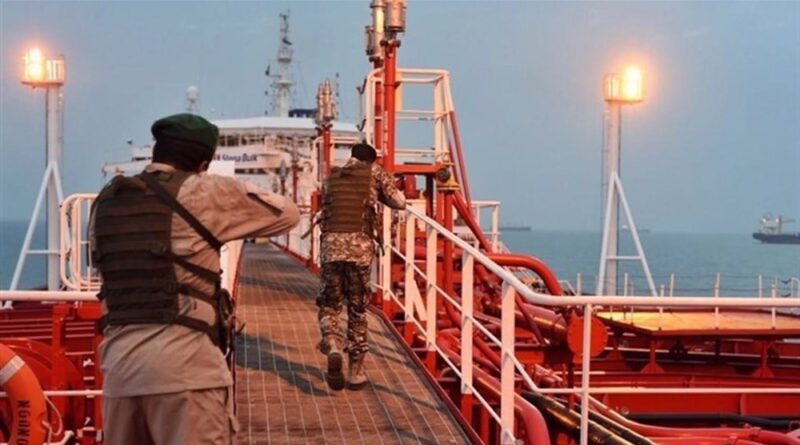 An Iranian envoy to the United Nations has issued a stern warning against acts of piracy targeting tankers carrying Iran’s oil cargos at sea, urging the international community to condemn such illegal measures that endanger freedom of navigation.

Zahra Ershadi, deputy permanent representative of Iran to the UN, made the remarks on Wednesday in an address to the UN General Assembly’s meeting on oceans and the law of the sea.

She complained that the coronavirus pandemic and the US imposition of sanctions under the so-called maximum pressure campaign had disrupted freedom of movement for Iranian vessels and affected the provision of the nation’s basic needs such as food, medicine and medical equipment.

“In addition to the previous acts that have been outlawed, stolen Iranian oil and its drivers at sea have been a new development since last year,” she said. “We strongly warn about the continuation of this dangerous policy that exacerbates an already highly intense situation due to such arrogant unilateral policies.”

The Iranian diplomat called on the international community to “condemn these unlawful acts that threaten free trade at sea as well as freedom of seas.”

Late in October, American forces confiscated a tanker that was carrying a cargo of Iranian oil in the strategic Sea of Oman, transferring its consignment of crude to another vessel.

The Islamic Revolution Guards Corps (IRGC) Navy then staged a maritime operation against the second vessel, landing its helicopters on its deck and navigating the ship towards Iranian waters.

American destroyers and helicopters were dispatched to the scene, but Iranian speed boats and vessels made them flee the area.

Elsewhere in her remarks, Ershadi said that combating illegal, unreported and unregulated fishing should be on the agenda of all countries, recommending protecting endangered coastal ecosystems in the Persian Gulf and the Sea of Oman.

She further warned that the irresponsible construction of artificial islands in the Persian Gulf would unequivocally damage the habitats of rare marine species.

The heavy presence of military fleets from extra-territorial countries has exacerbated not only safety and security, but also maritime pollution, she added.

“We urge all relevant states to cooperate in order to protect the environment of this shared body of water and refrain from unilateral acts that might endanger its marine environment,” she said.

Iran, Ershadi added, “reiterates its commitment to rule-based maritime order for securing maritime rights and interests for all as well as ensuring that maritime activities are undertaken smoothly, including based on the international law of the sea.”

Featured image: Iranian naval forces are seen during an operation to foil an attempt by the US to steal a cargo of Iran’s oil in the Sea of Oman, in this photo released on November 3, 2021.