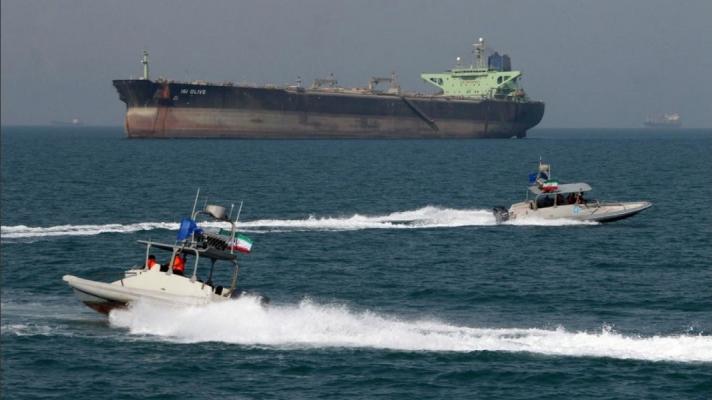 This Wednesday, November 3, the state television outlet of Iran detailed how the United States attempted to pirate a shipment of Iranian oil in the Gulf of Oman. “The IRGC ships engaged the US ship in response to its unprofessional behavior in Iranian waters,” stated the Fars News agency.

The IRGC said they will release a video showing scenes from the confronted US warship’s escape into the Gulf.

The Revolutionary Guard declared that “the Islamic Republic will protect its territorial waters and the safety of maritime navigation,” adding that Iran will oppose any violation of its national interests.

US naval forces “stopped an Iranian tanker in the Gulf of Oman, confiscated its cargo and transferred the cargo to another tanker that belonged to it before heading to an unknown destination,” stated the IRGC.

Iran’s state television outlet added that, in response to the attempted piracy, the IRGC conducted special operations on the US tanker, taking control of it and immediately directing the tanker into Iranian territorial waters.

Fars News detailed that “after the incident, several US helicopters and warships tried to regain control of the tanker, but their attempts to change the course of the ship failed.”

The Iranian authorities confirmed that “the tanker is currently within the territorial waters of Iran.”

Al Mayadeen news service reported that on Tuesday, November 2, an Iranian Navy team thwarted an attempt to hijack an oil tanker in the Gulf of Aden. “This is the second operation of its kind in two weeks,” stated the outlet.

Featured image: Speedboats of the Revolutionary Guard Corps of Iran patrol in front of an oil tanker in the port of Bandar Abas, in the south of the Persian country (Photo: AFP).