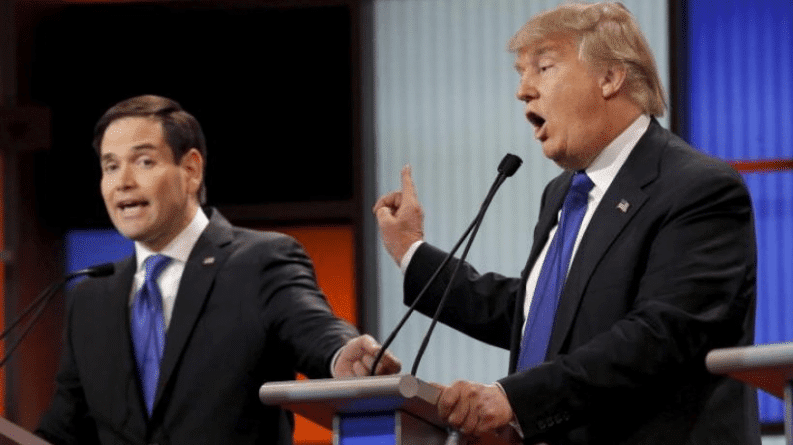 Yesterday, The New York Times (NYT), in an article by Anatoly Kurmanaev and Clifford Krauss, analyzed the US sanctions against Venezuela from a negative perspective. Referring to the latest sanctions of the Trump Administration, the media warned that “exports plummeted and banking activities were paralyzed while the measures had a faster and atrocious effect than expected.”

“I’m not sure that the United States has a plan B in case it does not get rid of Maduro (…) I am afraid that if those sanctions are implemented in their current form, we will witness a famine,” said Francisco Rodríguez, chief economist and chief of the presidential campaign of the opposition Henri Falcón, answering to a journalists of the New York newspaper.

NYT blames the Trump Administration for the damage to the Venezuelan economy as a result of the financial blockade implemented, for which they interviewed the director of the Venezuelan Petroleum Chamber, Reinaldo Quintero, who said: “We cannot charge and we cannot receive money, finances are paralyzed (…) There will be great collateral damage.”

Contrary to the narrative that the sanctions are designed to punish Maduro and the top hierarchy of the Venezuelan government, NYT affirms that “many Venezuelans worry that the reduced income flows drastically worsen the already serious shortage of food and medicine, and close the few remaining private businesses.”

Emphasizing that “due to the prevalence of the US financial system and the dollar in the global economy, the chain effects of sanctions extended beyond the US borders and made it very difficult for the Venezuelan government to continue buying and selling products,” the media confirmed what Venezuelans have witnessed two years ago: the closing of supply chains in food and medicine, added to the closure of the country’s international accounts, which have stimulated fierce inflation.

The punishment has been collective from the beginning.

On September 8, 2018, NYT published an article that ended up unveiling a covert coup operation that led the Trump Administration with military deserters abroad. The plan called “Operation Constitution” had the backing of Trump officials and sought to kidnap President Maduro before the presidential election on May 20.

The American media Bloomberg also contributed to the filtration of this plan, hitting the White House mediated two months before the NYT did its part.

The report of the NYT, after the failed assassination against President Maduro on August 4, came to confirm the Venezuelan government’s denunciations of the relationship between the United States and coup/insurrectionary plans. This boosted the international credibility of President Nicolás Maduro and left Trump’s political spokesmen for Venezuela, the most outstanding of them being Marco Rubio, in a defensive situation.

The article in which he questions the financial blockade against Venezuela seems to follow the same pattern as the leak of the coup in September. As the NYT is a company linked to the Democratic Party, which is in full pre-election combat against Trump for 2020, its publications have the interest to undermine it also in its foreign policy towards Venezuela.

The publication of the NYT seems to have that specific interest, because in the article, although they recognize the negative weight of the sanctions, they omit the participation of opposition leaders like Julio Borges and Antonio Ledezma in the implementation of those economic war weapons in a conjuncture of violent protests.

They also point out that sanctions hit Venezuela since the last one on January of this year, ignoring that with the formalization of the financial blockade via the Executive Order of Donald Trump in August of 2017, its harmful effects began to be felt in the high inflation and the shortage of medicines.

The limit of the “questioning” of the US economic war against Venezuela has more to do with the interest of weakening the public image of Trump, than with a sincere concern of the economic harassment that Venezuelan society is experiencing. In their own way, they defend Julio Borges and other operators of the war against Venezuela.

THE REFLECTION OF A BATTLE ON AMERICAN SOIL (AND IN FLORIDA)

This publication occurs also after the discussion that took place in the Senate by a resolution that sought to legitimize the self-proclamation of Juan Guaidó and approve the use of military force. This item was not authorized by the Democratic vote in the Senate, the most visible being that of Bob Menendez.

As a result of this, Democratic Congressman Ro Khanna warned Guaidó that only Congress can authorize the use of military force, placing the self-proclaimed in a position of discredit with its supposed ability to make viable the military option.

Mr. Guaido, you can proclaim yourself leader of Venezuela but you don’t get to authorize US military interventions. Only the US Congress can do that. We will not. https://t.co/rbPldFOnOZ

Like the report against sanctions, this location of the Democratic Party does not correspond so much to the interest of a peaceful and constitutional solution to the Venezuelan conflict, but to the interest of improving its score against Trump for the presidential elections of 2020. For the Democratic Party, which during the Obama Administration promoted the coup D’Etat Attempt of 2014 and the first sanctions to surround the Venezuelan economy, sees with greater strategic importance at this time reduce the electoral support of the Republicans derailing its foreign policy. For the Republicans, on the other hand, Venezuela is a mean to send a message of international authority to China and Russia in the framework of its Cold War of the 21st century. The consensus of that geopolitical war is of both parties, only that the democrats do not want Trump to take all the credits. In the midst of a pre-election campaign battle between the closure of the federal government and the demand to expand the border wall with Mexico, the excessive focus on the Venezuelan situation is seen by the Democrats as an escape valve to export the tension of domestic politics and distract the media, dedicated to turning the figure of Trump into a judicial case. VENEZUELA AS A DECISIVE ACTOR FOR 2020 The elections of 2020, seen from the correlation of forces expressed in the previous legislative ones, seem to announce a final of photography. The turning point could be, again, the state of Florida, which in 2016 contributed the more than 100 thousand votes needed to define the election in favor of Trump. For that reason, Trump keeps Marco Rubio in the first line of command of his foreign policy towards Venezuela, because with his aggressive rhetoric he is in charge of mobilizing the Cuban-Venezuelan diaspora and his brokerage of real estate mafias, which they see with good eyes Trump for wanting to make the war that so many years have been waiting for. John Bolton, Mike Pompeo and Mike Pence also play their future in 2020 in their demented agenda against Venezuela, which is also an extension of their war maneuvers against Iran, China and Russia.  However, the past legislative elections showed a budding political change in Florida, where the Democrats managed to snatch the seat from the iconic congresswoman Ileana Ros and significantly increase their vote. Precisely, trying to stop this new correlation of forces and continue in command of the White House, the most radical sectors of Florida, in alliance with the White House, have forged an alliance to bring the confrontation against Venezuela to an extreme war give the expected electoral revenues. This is precisely why the Democrats’ position to use their media power to challenge this strategy that seeks to export the US crisis to Venezuela. In their calculation, as they continue to hinder the expansion of the Trump Wall and reinforcing the internal tension by the closure of the federal government, they intend to wear down the Republican administration to the point that it translates into votes in favor. To wear and discredit Rubio, to place him as a character who does not keep his promises, is likewise a bet to frustrate the republican vote. Thus, the publication of the NYT fits the context of the internal politics of the United States and is also a reflection of the high tensions experienced by its political class, for which the Venezuelan issue is seen and used as a tool of sabotage, attrition and Search of votes. At the closing of this note the self-proclaimed Juan Guaidó announced “the entry of humanitarian aid for February 23” and Senator Marco Rubio implores on his Twitter account that the country’s military high command reverts its support to the Constitution before the guarantees to suspend personal sanctions disappear.

From today to that date, the rhetoric of the intervention will most likely increase significantly and the White House will seek to continue fostering the conditions for a multinational intervention (together with Colombia and Brazil) against Venezuela under the Responsibility to Protect format. , which goes beyond the institutional limits of the US Senate, the OAS and the United Nations Security Council itself, where they are weakened by the veto power of Russia and China.

The political crisis in the United States has resulted in geopolitical terms that the situation in Venezuela is a defining aspect for the 2020 presidential election, where the radical wing of Florida seeks to maintain its quotas of power and the democrats take the throne from Trump.

For Marco Rubio, Mike Pence, Mike Pompeo and John Bolton, a violent break in Venezuela or an intervention is intimately related to his political survival and that of Trump as president. They became entangled in that trap.