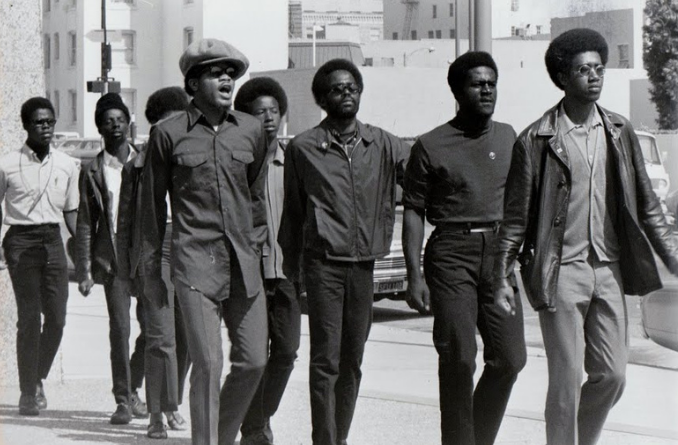 “Make no mistake,” wrote Nerdeen Kiswani, “it is because of white supremacy that Black people are all too familiar with, that they recognize and even are affected by Zionist white supremacy as well.” For that reason, Kiswani looks to the Black radical tradition of Malcolm X, Kwame Ture (Stokely Carmichael) and Huey Newton for lessons that are applicable today. “Upholding the Black radical tradition not only on the question of Palestine,” she explains, “but internationalism generally always guides us correctly.”

There could be no better time for this message than the upcoming Israeli Apartheid Week, held digitally this year because of the ongoing coronavirus crisis. Recently announced by the Palestine Solidarity Campaign, the events surrounding Apartheid Week are international in scope and message. By holding protests organized by students around the world, the campaign highlights “all forms of racism, marginalization and oppression.”

“There is a particular history of anti-Black racism not only in Israel,” Kiswani charges, “but in zionist and white Jewish communities in the U.S. which is well-documented and I’ve witnessed growing up in Brooklyn.” This shared oppression has led to the intersection of Palestinian/African (Black) liberation movements which by their nature are international.

Indeed, thanks to Mawusi Ture who curated on Facebook photographs of international Black Panther Parties, there is now documentation of chapters that existed in countries around the world, including Great Britain; Aotearoa, New Zealand; and Bombay.

There was also a Black Panther Party in Israel, led by Reuven Abergel, a Mizrahi, anti-Zionist activist who recounts the complicated relationship between the Mizrahim who led the movement in the 1970s and the Ashkenazi leftists who supported it. A co-founder of the International Jewish Anti-zionist Network, Abergel describes how his activism cost him his Israeli citizenship, making him a refugee in his own country.

This year there has been renewed interest in the Black Panther party, partly because of the release of the film Judas and the Black Messiah. Focusing on the role of an FBI informant who enabled the murder of Fred Hampton, the two-hour film couldn’t possibly cover everything of importance about the Panthers.

“Hollywood is big, mostly white, capitalist business,” writes Danny Haiphong, “so it’s no surprise that its new film on Fred Hampton provides little information on Black Panther politics and history.” While there are short clips of Hampton’s speeches, he continues, “there is very little coverage of Hampton or the Black Panther Party’s socialist and internationalist political ideology.”

In 2015, activist Jimmy Johnson interviewed Kristian Davis Bailey, a Detroit-based writer and organizer who had recently put together the “Black for Palestine” statement for Black Lives Matter (BLM). In recent years, Bailey notes, Black support for Palestine grew out of connections people made on the ground from Ferguson to Palestine. By witnessing military vehicles encroaching on communities, tear-gas and live ammunition aimed at protestors on the ground, Black activists started seeing connections with what they also saw in Palestine, and vice versa, Palestinian organizers reached out in solidarity too.

There is a richer historical context, though, that places Black support for Palestine within the tradition of radical Black internationalism that goes back to the 1960s. As Bailey notes,

“Malcolm X was talking about the dangers of Zionism in the 1960s. The Student Nonviolent Coordination Committee released its statement at the same time the Black Panther Party was training with the PLO [Palestine Liberation Organization] in Algeria.

In 1970 you had a group of prominent Black activists or scholars take out a New York Times ad supporting Palestinian liberation from Zionism and some of those signatories also signed our statement today in 2015.”

One year later, in 2016, Greg Thomas, Associate Professor of Black Studies & English Literature at Tufts University, expanded on these connections. Curator of “George Jackson in the Sun of Palestine,” a travelling exhibition that

Thomas’ article, reprinted in the newsletter of Samidoun: Palestinian Solidarity Network, traces the history of the “anti-colonialist/anti-racist/anti-imperialist Black Panthers” as it relates to Palestine from its founding in 1966 to its legacy today.

Moreover, Thomas ties together the various wings of the Black Radical tradition by using the common thread of Palestine. For example, he recounts that before Stokely Carmichael moved back to Guinea and became Kwame Ture, he was for a while associated with the Black Panthers as its “honorary prime minister.” Known for being anti-Zionist, Thomas adds, Ture

“described Palestine as ‘the tip of Africa’ and said that he had ‘two dreams’ (which were revolutionary, anti-Apartheid dreams in fact): ‘I dream, number one, of having coffee with my wife in South Africa; and number two, of having mint tea in Palestine.’”

From these connections, Thomas concludes, that “the legacy of [Ture} as well as SNCC’s historic solidarity with Palestine can be seen as intertwined with the legacy of the Black Panthers, not to mention Malcolm X.”

On the 55th anniversary of the Black Panther Party, it’s relevant to recall the history of a Black radical tradition of anti-Zionism and also against all forms of racism and colonialism. Moreover, in light of Joe Biden’s recent airstrikes on facilities in Syria, its good to remember the Black revolutionary history of principled anti-Imperialism, a position that must be part of every progressive movement, especially today.

Benay Blend earned her doctorate in American Studies from the University of New Mexico. Her scholarly works include Douglas Vakoch and Sam Mickey, Eds. (2017), “’Neither Homeland Nor Exile are Words’: ‘Situated Knowledge’ in the Works of Palestinian and Native American Writers”. She contributed this article to The Palestine Chronicle.