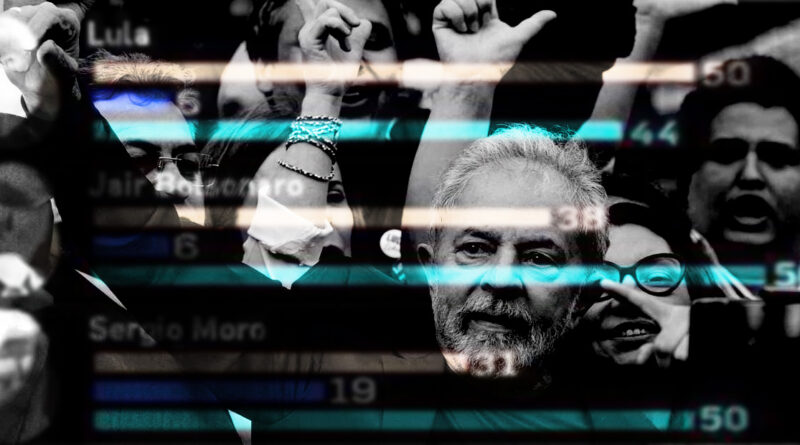 On March 8th, Brazilian Supreme Court Minister Edson Fachin dismissed all Lava Jato related charges against former President Luis Inacio Lula da Silva. The ruling came as a surprise to some, since Fachin has been accused of pro-Lava Jato bias in past rulings, and leaked Telegram messages, published by the Intercept in 2019, shows task-force chief Dalton Dallagnol talking about a 45 minute meeting with the Supreme Court Minister, shouting with glee and bragging to fellow prosecutors, “Fachin is ours!“.

After last month’s Supreme Court ruling, that all 6 terabytes of Telegram conversations obtained by hacker Walter Delgatti in the so called “Operation Spoofing” were admissible as evidence in the Triplex apartment case against Lula, something had to be done to stop the bleeding. As Delgatti said in a recent interview, Dalton Dallagnol never erased any of his chats. For 5 years, he had been sharing audio messages from Sergio Moro and other important political figures with fellow prosecutors, and Delgatti recorded all of them. Furthermore, as earth shattering as the Intercept revelations were, Delgatti had only shared 57 gigabytes of information with them, and he says they refused an offer for more and only released a small portion of what he had shared. As soon as the defense lawyers began filing for new motions of dismissal along with press releases containing relevant sections of newly revealed Telegram conversations, continuing the cases against Lula became politically unsustainable.

Lula’s defense team filed its first motion of dismissal for illegal collaboration with US government authorities in February, 2018, months before the Intercept began publishing excerpts from the Telegram leaks. It was based on a July 2017 speech by US Assistant Attorney General Kenneth Blanco bragging about how informal communications with Lava Jato officials helped streamline the investigation against Lula. Informal communications between public prosecutors and foreign government officials violates Brazilian sovereignty laws.

It’s second motion for dismissal based on illegal collaboration with US officials was filed the week after the Supreme Court ruled on the admissibility of Delgatti’s hacked telegram conversations. One of the justifications was a comment made on the day of Lula’s imprisonment by Lava Jato task-force chief Dalton Dallagnol, that it was a “gift from the CIA.”

Meanwhile, Supreme Court investigations were underway against former judge-turned Justice Minister Sergio Moro and Lava Jato task-force leader Dalton Dallagnol. If allowed to proceed, based on the compromising conversations implicating Minister Fachin published in the Intercept there is a good chance that he could have become further compromised. This explains why one of the most sympathetic Supreme Court Ministers to the entire Lava Jato investigation made the decision to drop all charges against Lula, in a ruling which weakened the investigations against Moro and Dallagnol.

Once the decision was made, finding a justification to drop charges was easy. Over the course of the last 5 years, Lula’s defense lawyers issued dozens of motions to dismiss in a remarkably consistent fashion. After all, none of the charges against Lula had any material evidence – they were all based on coerced plea bargain testimonies by jailed businessmen who, in every case, changed their stories multiple times before receiving partial illicit asset retention, greatly reduced sentences and transfer to house arrest. In the Triplex apartment case, Moro was forced to sentence Lula for “indeterminate acts of corruption“, because no material evidence was every produced showing that Lula had owned or slept in the apartment, or that the alleged illegal reforms had taken place. Furthermore, prosecutors were unable to establish any quid pro quo because the alleged benifits took place years after Lula left political office.

The easiest way for Fachin to throw out charges was on the issue of illegal Forum Shopping – breaking rules to transfer a case to a venue more favorable to the prosecution. Lava Jato’s initial justification for trying a São Paulo case in Parana, was arguing that the apartment was connected to a kickback scheme in Petrobras Petroleum company, which has operations nationwide. Once the case was transferred to Curitiba, however, this charge was immediately dropped for lack of materiality (a nuance that was apparently lost on the Guardian, which related false Petrobras corruption allegations against Lula until the eve of his imprisonment). The week after the Petrobras charges were dropped in 2016, Lula’s defense team filed its first motion to dismiss for lack of jurisdiction – the apartment was located in a different court region and Lula has never lived in Curitiba. Over the past 5 years the defense team had filed motions for dismissal over a variety of different problems in an incredibly weak case, which as Mark Weisbrot wrote in January, 2018 in the New York Times, would have never held up to a minimum level of scrutiny in the US legal system. On March 8, Fachin chose the forum shopping issue as justification for dismissing all charges against Lula. In other words, Moro was unqualified to preside over the investigation, let alone rule on it, and Dallagnol and company had no legal authority to investigate Lula on the crimes in question – something Brazil’s most important jurists have been writing about in the top legal blogs and independent press for the last 5 years, that was completely ignored by English language Brazil correspondents in top newspapers like the Guardian and Washington Post.

Lula is now a free man, free to run for political office, but there is definitely going to be a push back. Fachin has ruled that, although all of the Lava Jato charges against Lula are null and void, the plea bargain testimony could be used to file new charges against him in a Brasilia district court. The conservative Brazilian media is making a big deal about this, but there are two reasons why I don’t believe it represents a serious threat: 1) in the case that new charges are filed, the Operation Spoofing telegram leaks have already been ruled admissible by the Supreme Court, and powerful forces in both Brazil and the US government would rather that body of compromising information stay under wraps; and 2) even if charges are filed, it is highly doubtful that Lula could be tried, convicted and lose two appeals before next year’s election season, taking into consideration that Lava Jato broke all kinds of speed records convicting Lula to jail and remove him from the 2018 presidential elections, but even this took over 2 years and they were only able to do it through a Supreme Court Order, made under duress from Military General Vilas Boas, to make an exception to the 1988 Constitution and imprison the former President before his appeals process played out.

Meanwhile, the corporate journalists who worked to normalize the kangaroo court procedure against Lula and rise of neofascist Bolsonaro are in full spin mode, running damage control as Lula opens a double digit lead over all over potential candidates for the 2022 Presidential elections, with the lowest rejection rate of any potential candidate.