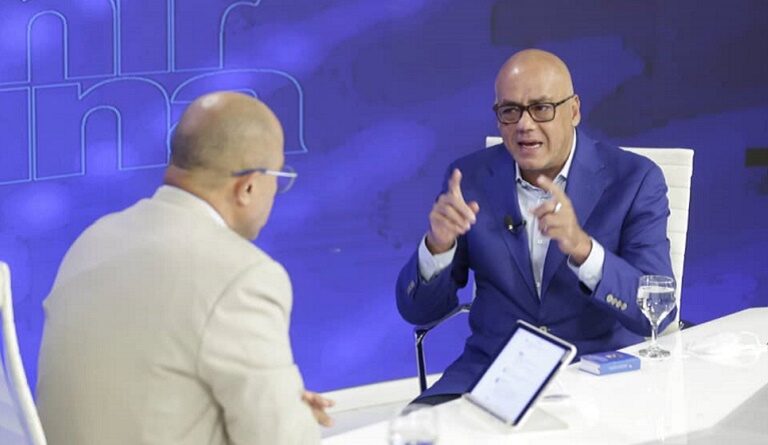 The candidate for Caracas within the parties of the Great Patriotic Pole Simón Bolívar (GPP) and head of PSUV’s Darío Vivas National Campaign Command, Jorge Rodríguez, dismissed the actions taken by the leadership of the extreme-right opposition against the parliamentary elections.

“Leopoldo López no longer exists. Neither López, nor Guaidó, nor Borges exist in Venezuelan political life, and I am not saying this, the polls and opinion polls say it. They have nothing, because they are nothing,” Rodríguez said during an interview on the Globovisión television station.

He regretted the destruction that these operators promoted against the country from parliament, and maintained that “never in Venezuelan history” have there been politicians who would carry out such harmful actions. Rodríguez insisted on the need to carry out an investigation against them in the new parliament.

The candidate and revolutionary leader also referred to the “popular consultation” promoted by this extremist sector of the opposition, and pointed out that despite the immense amount of resources invested “they aren’t inspiring anyone.”

He revealed that senior political representatives of organizations abroad have privately expressed their concern and uncertainty regarding the “vertigo” that recognition of Guaidó as “interim president” has generated.

“I’m not going to say who he/she was, but they know that the man who proclaimed himself in a square… His time is up and he’s nowhere. They don’t know what they’re going to do on December 7,” he said.

Rodríguez emphasized that despite the efforts of this abstentionist “and very corrupt” sector, with December 6’s parliamentary elections “there will be a punishment vote against the sanctions and aggression of the outgoing leadership of the National Assembly, and on December 6 we’ll have peaceful awakening.”