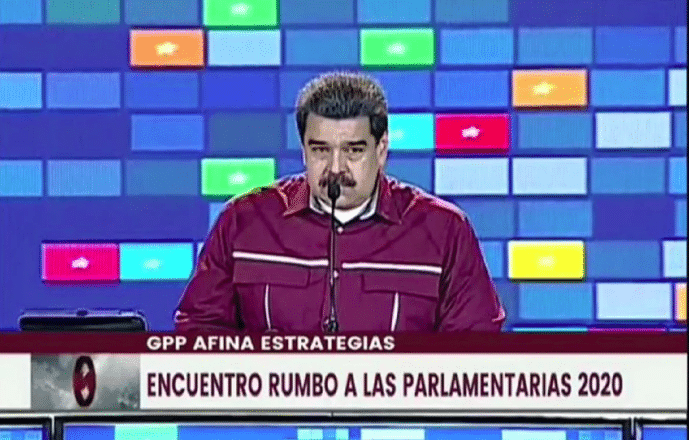 Venezuelan president, Nicolás Maduro, said this Tuesday that if the Venezuelan opposition is the winner in the parliamentary elections on December 6, he will leave the presidency.

This was expressed during a meeting with the leaders of the youth of the Gran Polo Patriótico (GPP), the Chavista electoral alliance, to refine the details of the closing of the electoral campaign.

“I accept the challenge. Let’s see who wins. If we win, we go ahead… If the opposition wins again, I will leave the presidency, I will not stay here anymore. I leave my destiny in the hands of the people of Venezuela. Enough is enough ! Five more years with the opposition leading the Assembly, no,” he said.

Maduro apologized to his followers for the harshness of his approach, but affirmed that he doesn’t want five more years with the right-wing leading the majority of the National Assembly (AN). “If the opposition gets more votes than us and they win the elections on Sunday, now, we will take another path,” he emphasized.

However, the head of state asserted that he has full confidence that the revolutionary people will take to the streets to exercise their right to vote, in defense of the homeland and the Bolivarian process.

Maduro considered that this is “a historic election,” where the “future” of the country is at stake: “We are going to choose if we want an independent, sovereign, standing, rebellious Venezuela, proud of its history, or if we simply leave the AN again in hands of the right and the opposition,” he added.