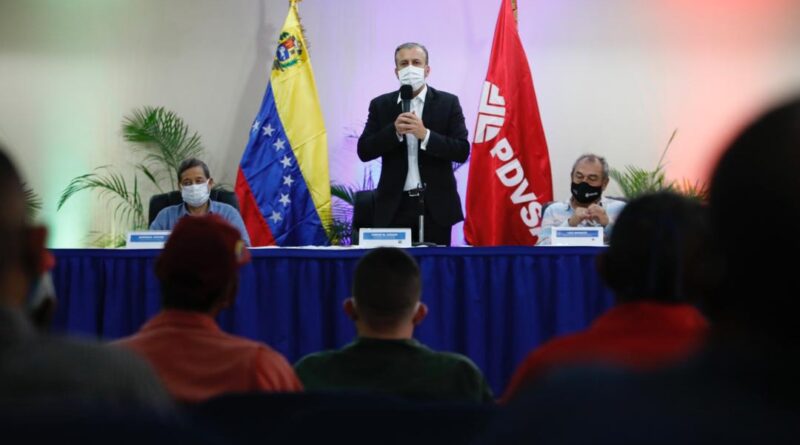 On Monday Venezuelan Minister for Oil, Tareck El Aissami stated—from an event at the headquarters of Petroleum of Venezuela (PDVSA)—that two weeks ago another act of sabotage was committed at the Paraguaná Refining Center (Falcón state) and that authorities are on the trail of the infiltrators.

“More than two weeks ago, a control unit sabotaged the gasoline production plants. We are already after the search for the traitors. We have to continue battling and unmasking the people who want to destroy the country,” he said.

RELATED CONTENT: Venezuelan Reopens Border with Brazil After 10 Months Closure Due to COVID-19

During the event for the incorporation of 293 new workers to PDVSA’s payroll, the head of the Petroleum portfolio commented that they remain on alert for new attacks on the industry.

“They will not be able to paralyze the country. We’re on top of the situation at the refineries, agreeing on links with the oil industries, requesting that the workers do a better job, and fighting to maintain production capacity,” said the minister.

In Venezuela, the gasoline necessary to supply the automotive system is being produced, the official continued, and explained that the state oil company is working to recover all refinery and gas production.

He admitted that internal corruption has tarnished PDVSA’s image and that guilty parties must be denounced. “No attack on the industry is going to kill us,” he mentioned.