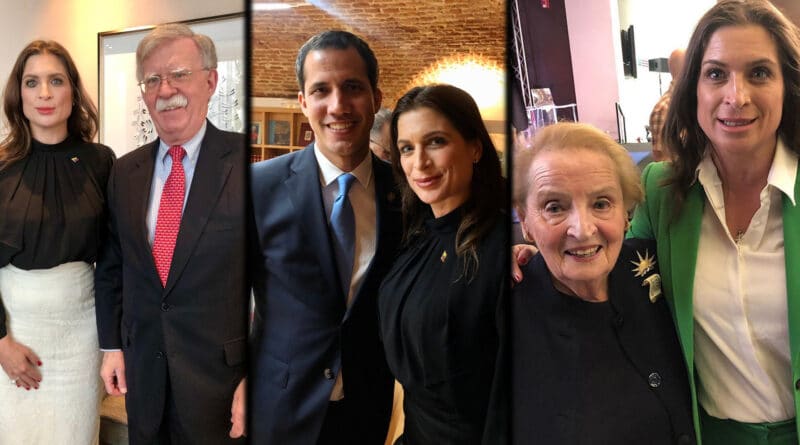 This Tuesday the British newspaper Financial Times reported that the main accomplice of Juan Guaidó in the United Kingdom, Vanessa Neumann, resigned from the alleged position of “ambassador” of the self-proclaimed leader because she considers that his future and his “leadership is not clear.”

Neumann also told the English newspaper that her resignation was due to “doubts within the opposition” about the future of Guaidó, and she stated that she has “serious concerns” about the strategy implemented so far by him.

In another blow to the US-led coup attempt in Venezuela, Juan Guaidó's supposed UK "ambassador," Vanessa Neumann, has just resigned.

This @TheGrayzoneNews investigation shows Neumann's insanely rich background as the scion of a super-elite oligarch familyhttps://t.co/WIbYfDDjPe

Neumann also said she was dismayed because there have been “bureaucratic delays in Washington” to deliver to Guaidó the frozen and kidnapped funds from Venezuela that are being held in the United States by Donald Trump’s regime, which have been diverted, for example, to the construction of the border wall with Mexico.

“The future of Guaidó’s leadership is not clear within the opposition,” Neumann stressed as a fundamental reason for not continuing with him.

She’s jumping ship before Guaidó loses his seat in the National Assembly & their failed coup is dealt a final blow https://t.co/v8C0xsGGzT

In her statement, she mentioned that for her part, “the fight against Maduro will continue, and I personally will continue that fight.”

Neumann has been one of the main managers of the attempted theft and kidnapping of the more than thirty tons of Venezuelan gold deposited in the Bank of England, which Guaidó wanted to seize by posing as the alleged “president” of Venezuela, without any legal backing.