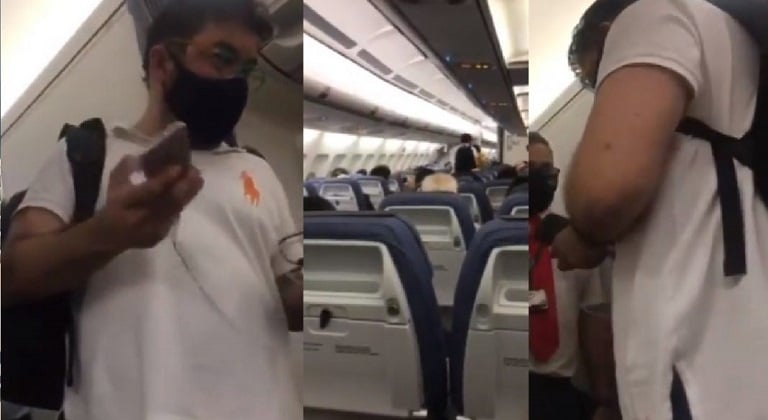 On August 31, Marrero received the presidential pardon along with 109 other citizens who committed punishable crimes.

The facts
The politician strangely boarded a flight enabled to repatriate European citizens from Venezuela in a humanitarian way, amid the restrictions imposed by the global pandemic Covid-19. In Venezuela since the beginning of the pandemic -the second week of March- all local and international flight have been canceled.

That is why the Government authorized the arrival of an Airbus A340-313X belonging to the Spanish airline “Plus Ultra” to allow about 300 passengers to travel back to Spain last Saturday at 8 pm.

Some media outlets reported that Marrero’s true intention was to travel to Spain and then go to the United States.

Complicity of the Spanish consulate in Caracas

Venezuelan news website “La Tabla” informed that the humanitarian flight on the segment Caracas-Madrid was organized by the Spanish consulate. This consulate consulted the Venezuelan Ministry of Foreign Affairs about a possible travel of Marrero and the request was responded with a yes but not under the humanitarian flight methodology. They suggested that Marrero awaited until the resuming of regular commercial flights to make his trip due the fact that he did not fit into the humanitarian definition.

According to analysts, this previous inquiry by the Spanish diplomats and the fact they did not follow Venezuelan advice, creates an unnecessary friction between Spain and Venezuela because the Spanish consulate was responsible for the flight and they disobey Venezuelan authorities instructions of not embarking Marrero.

RELATED CONTENT:  “I was Not Tortured”: Roberto Marrero Leaves Guaido, US and the “Free Press” Looking Like Liars

Humanist policies
The former “chief of staff” of the fictional government of Juan Guaidó wanted to dishonestly take advantage of one of the most humanistic policies of President Maduro, after being one of the beneficiaries of the presidential pardon measure.

Similarly, Marrero, who participated in the organization of conspiratorial plans and acts of corruption, received a Presidential pardon to promote dialogue. On the first of September when he left El Helicoide he stated that he was never tortured or ill-treated during the time he spent in prison.

These statements denied all smearing campaigns disseminated on social networks about the alleged violation of his human rights.

Crimes
Roberto Marrero was accused of being part of a criminal organization that planned destabilization actions.

At the time of his capture, along with citizen Luis Páez, long weapons, cash and items for the promotion of terrorism and selective assassinations were found.

This time there was also no lack of media that tried to misrepresent this fact to support their fallacious idea that Venezuela is a dictatorship.