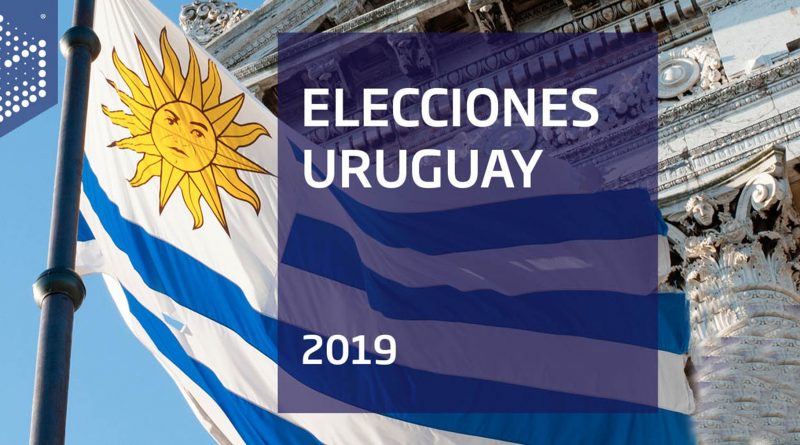 After nearly 15 years and three Frente Amplio (FA) governments, Uruguay is facing its most difficult presidential election. As in other countries, the election will be turned into a plebiscite between the continuity of the progressive transformation process, or the conservative restoration.

Moreover, it will take place, for the first time, without any of the known historical figures as a candidate. Neither Pepe Mujica, Tabaré Vázquez nor Danilo Astori will be on the Frente Amplio ballot on October 27.

The context of the election is complex and similar to that of other countries in the region complete with economic stagnation, the media as the main opposition party, judicialization of politics, and the growing presence of evangelical churches, especially in the north of the country.

But there are some characteristics of this small country of the Southern Cone that are specific that we should take a look at.

In spite of the fact that more than voting for candidates, what people are voting for is for different projects and in the field of the right wing we have a whole menu that includes evangelists, outsiders, businessmen or a military party. All this on the side of the combination of the National Party and the Colorado Party, in an election in which in addition to the candidates of both parties, Lacalle Pou and Ernesto Talvi, this time there are also enterprising millionaires such as Edgardo Novick or the former commander in chief of the national army and defender of torturers, Guido Manini, who has the support of sectors of the Catholic Church.

While right wing is divided, it pushes the political-ideological and discursive axis to the right, the Frente Amplio (a coalition of left forces) has had to run to the center, as evidenced by the designation as candidate of the former mayor of Montevideo, Daniel Martínez, of the Socialist Party, above left-wing cadres such as Carolina Cosse (proposed by the Movement of Popular Participation, MPP within the FA) or the worker leader, communist militant, Óscar Andrade, one of the cadres for the future of the FA.

Frente Amplio has always been characterized by its breadth, something that has been very effective at certain moments in history in incorporating many sectors of a broad political-ideological arc, but which also causes it to lose depth and concreteness in its political project at other moments. And although in the first two governments of Pepe Mujica and Tabaré Vazquez there were profound advances, such as tax reform and health reform, the reality is that today, with 34 political organizations in its midst, the breadth becomes a burden to achieve a necessary deepening in its political project, and in turn, not deepening becomes an electoral burden, because in the electoral scenario of marketing campaigns and networks, it is the Lacalle Pou and Ernesto Talvi who move much better than the Frente Amplio.

It is estimated that up to 40 percent of the vote for the Frente Amplio in the 2004 and 2009 elections came from young people, under the age of 30, who identified with the left, and by extension, with the FA. But today’s young voters, especially the new voters, who in this election are going to be 10 percent of the electorate (250,000 people), have grown up under the Frente Amplio governments and, therefore, giving the presence of the State, the expansion of rights and the redistribution of wealth as something inherent to their lives.

Final Declaration of the 25th Meeting of the Sao Paulo Forum, Caracas 2019

The work is not stimulating. For a long time the grassroots committees were a fundamental pillar of a Frente Amplio that has been emptied of cadres to move them into positions of the government. A cultural victory was built neighborhood by neighborhood before achieving the first electoral victory. But since there are no empty spaces in politics, those forms of closeness with the people are beginning to be used by the right wing. In the same way, the simple fact of doing the correct work (or even good as is the case of Bolivia) is not enough for the masses of voters, especially young people.

A country like Uruguay is greatly affected by the political and economic situation of its neighbors. And although the right wing cannot wave the flag of a crisis, Argentina as an example, the bolsonarization of politics is also a fact, with the dirtiest campaign and full of fake news of its electoral history. Likewise, just as in Argentina we could see that the changes were not irreversible, in Uruguay the dismantling of the industrial or wage policy would be faster, at the same time that the neighboring experiences accentuate the tendency towards economic policies that are not very bold, not to say conservative, even if the Frente Amplio won.

These are the main keys to a choice that is very likely to be resolved in the second round, a possibility that would bring the win closer to the right that would be united against the FA.

In this scenario, it is necessary to be clear that electoral defeats always follow political defeats. And if the FA wins and the possibility of a fourth term is opened up, we will find a government in dispute, but also a Uruguay that, together with Argentina and Bolivia, could ratify by 2019 the continuity of the Latin American progressive cycle.