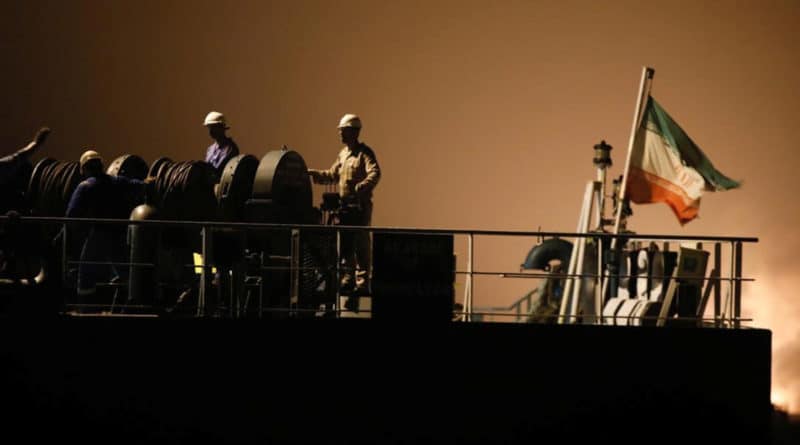 The Office of Foreign Assets Control (OFAC) of the US Department of the Treasury announced on Tuesday a series of sanctions (illegal under international law) against four shipping companies for doing oil trade with the government of Venezuela.

“The illegitimate regime of (Nicolás) Maduro has had the help of maritime companies and their ships to continue the exploitation of Venezuela’s natural resources for the benefit of the regime,” said Treasury Secretary Steven Mnuchin, quoted in the statement, not mentioning that US sanctions are suffocating millions of Venezuelans.

The companies that were affected by the new US sanctions are:

RELATED CONTENT: Venezuelan Government and Opposition (G4) Signed an Agreement to Fight Covid-19 (PAHO)
The measures against companies
“US reiterates that the exploitation of Venezuela’s oil assets for the benefit of President Nicolás Maduro’s illegitimate regime is unacceptable, and those who facilitate such activity risk losing access to the US financial system,” the text adds.

As a result of the sanctions announced this Tuesday, all assets and interests owned by these companies that are in US territory or in the possession of US people will be frozen.

Furthermore, any entity that is directly or indirectly owned by 50% or more of the sanctioned companies will also be blocked. Also, the participation of US persons in these companies is prohibited.

“Criminal Obsession”
US Secretary of State Mike Pompeo notes that these companies have facilitated “the theft of Venezuelan oil by the Maduro regime.”

“These sanctions further isolate the Maduro regime and are another step towards obtaining freedom and prosperity for the people of Venezuela,” he said through his Twitter account.

Given this, from Caracas the Venezuelan foreign minister, Jorge Arreaza, described the position of Pompeo and the US government as a “criminal obsession” with Venezuela.

“He wants Venezuelans to run out of gasoline, that the state be unable sell oil to import medicines, treatments, food and supplies for production,” said the minister, describing the measures as “crimes against humanity” and seeking to “suffocate the Venezuelan economy.”

In addition, he commented that “it is not by attacking Venezuela with lies that its fascist and racist elite will succeed in putting out the flames that are burning in front of the White House,” referring to the protests that thousands of people carry out over the death of African-American George Floyd, who died at the hands of the police and had forced Donald Trump to hide in a bunker the night before.