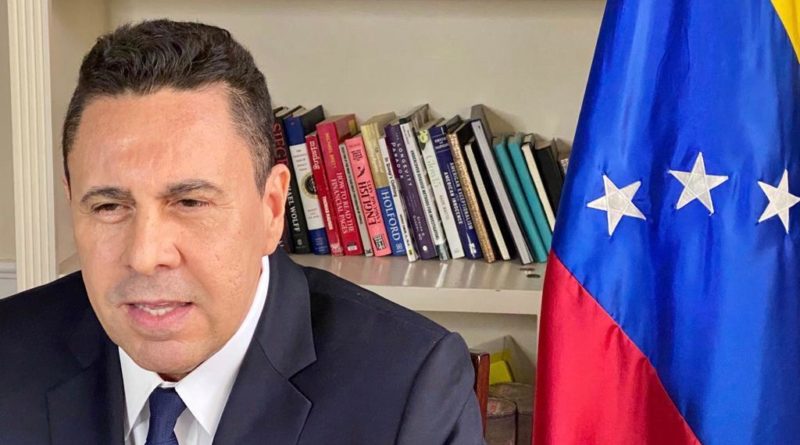 The ambassador of Venezuela to the United Nations (UN), Samuel Moncada, reiterated the complaint against coercive measures imposed by the United States as crimes against humanity affecting the Venezuelan people in the midst of the Covid-19 pandemic. He made the statement during his participation in an online seminar of the organization to analyze the impact of unilateral coercive measures in the global fight against Covid-19, reported the Venezuelan Ministry of Foreign Affairs on Twitter .

Moncada detailed the effects of the economic and commercial blockade imposed by the United States on Venezuela against the acquisition of food and medicine for the Venezuelan population.

These measures have also allowed the confiscation of Venezuelan assets abroad, such as the company Citgo, a subsidiary of the state-owned Petróleos de Venezuela (PDVSA), which is valued at some $ 34 billion, in addition to the company Monómeros in Colombia, attached to Pequiven.

During the webinar, the arbitrariness of the unilateral measures of the United States that put at risk not only the lives of the populations, but their health systems, was emphasized.

The speakers agreed that the union of the international community is vital in condemning these measures as they are contrary to the UN Charter, International Law and affect human rights to life, health, food, community development.