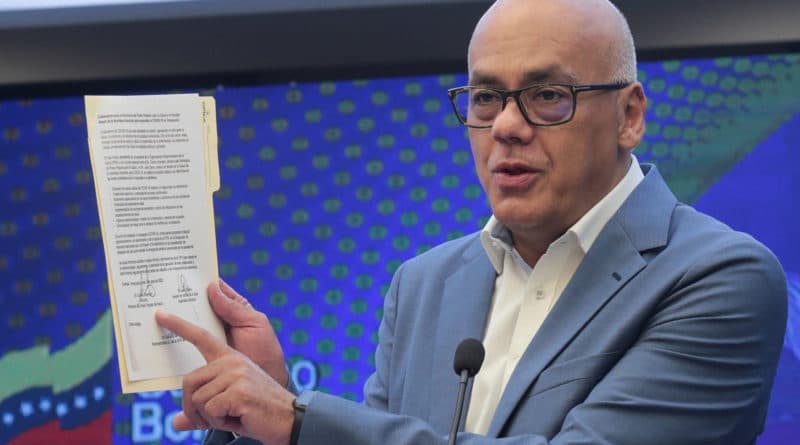 Rodriguez stressed that the Venezuelan government initially agreed to keep the negotiations confidential under the opposition request but, due to a leak to anti-Chavista media of the agreement today, the government decided to make it public to avoid misunderstandings.

The Venezuelan Minister for Communication reiterated that the Venezuelan government has expressed publicly many times its position on being open to work with all political sectors in order to achieve a better response to the pandemic. “We will sign an agreement with the devil itself if that translates into better ways to fight Codid-19,” he said. ” “My only complaint is that this agreement was not signed before,” he added.

Both parties agreed on a proposal to work in coordination with the Pan American Health Organization in looking for international financial resources to address the health emergency created by the Covid-19 pandemic.

RELATED CONTENT: New US Attack Against Venezuela: This Time Against the Petro Cryptocurrency

Since the beginning of the pandemic, the Venezuelan government initiated a set of maneuvers to access resources in order to better address it, particularly in the context of tightening US sanctions against millions of Venezuelans. But in most cases, those strategies have failed against the illegal sanctions imposed by the US regime (and requested by Venezuelan opposition represented by G4).

Initially Maduro’s government requested a US 5 billion line of credit from the International Monetary Fund (IMF) and it was de facto denied, not by the conventional formal means but using an Associated Press news piece reporting the “denial”.

More recently, the Venezuelan government reached an agreement with the United Nations Development Program (UNDP) in order to access the Venezuelan gold seized by the Bank of England to buy medicines and food for the Venezuelan people. Due to the illegal behavior of this bank in denying this request, Venezuela initiated a legal process in the United Kingdom to fight the decision.