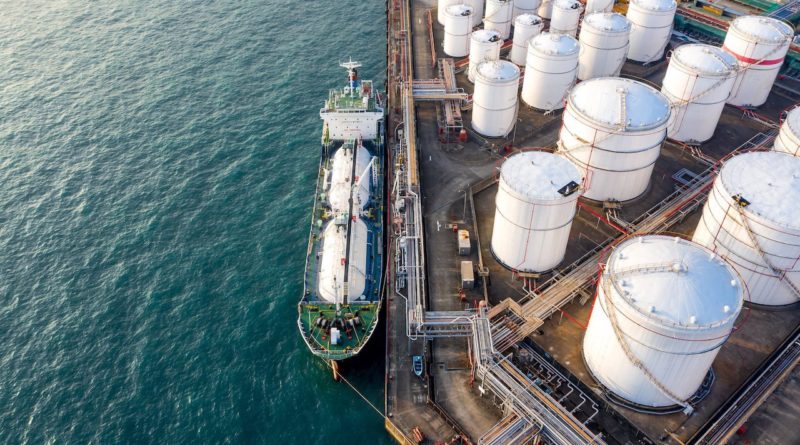 Yesterday in a press release, the Mexican company Libre Abordo announced its bankruptcy after recording losses of $ 90 million.

In the statement, the company Libre Abordo stated that they were pressured by the United States government to suspend the agreement with the Venezuelan authorities. They indicate in the text that the “various campaigns of representation attributed to business and political groups with strong influence, and even pressure from the United States government” have caused the closure of its operations.

“International political pressure has led Libre Abordo and Schlager to stop accepting loads of Venezuelan crude,” reads the letter, referring to the fact that the agreement has been interrupted by these pressures.

Weeks ago, the Mexican company informed the Reuters agency that “the shipping companies hired to carry out PDVSA’s oil movements are subject to sanction, primary or secondary, by the United States government.”

In March of this year, Reuters revealed that the United States Federal Bureau of Investigation (FBI) was investigating three Mexican companies, Libre Abordo, Schlager Business Group and Grupo Jomadi Logistics & Cargo, after suspecting that the US sanctions against the Venezuelan oil trade are being “violated”.

These underground FBI pressures against the oil tanker exchange agreement for food and basic goods were joined by official spokespersons for the Trump Administration, ultimately causing the bankruptcy of the company and the forced cessation of the deal.

RELATED CONTENT: PAHO Warns Mexico of the Dangers of Accelerating its Reopening

Secretary of State Mike Pompeo and the special envoy for Venezuela, Elliott Abrams, stated in late April that “the State Department and the Treasury investigated companies for violating the sanctions imposed on PDVSA”, as part of “a Washington campaign to extinguish the sources of income of Venezuelan President Nicolas Maduro,” according to the report of Reuters .

In the context of the arrival in Venezuela of the tankers of gasoline and chemical additives with the Iranian flag, three days ago Elliott Abrams insisted again on the objective of sanctioning the companies that make up the PDVSA marketing network.

“We have alerted the shipping community around the world, ship owners, ship captains, ship insurers, and we have alerted ports on the way between Iran and Venezuela. I do not think they will find ship owners, insurers, captains and crews determined to participate in these transactions in the future,” Abrams acknowledged in a new confession on how US policies pursue the suffocation and destabilization of the Venezuelan economy.

Days before, the director for the Latin American region of the gringo National Security Council, Mauricio Claver-Carone, threatened “devastating sanctions” on the Spanish oil company Repsol, the Italian ENI and the Indian Reliance, due to their exploration and oil purchase agreements with state-owned PDVSA.

It is evident that oil is the center of gravity of the US “maximum pressure” campaign against Venezuela, since it represents the blood of the Venezuelan economy as it is the only source of foreign currency that the Caribbean country has to sustain itself economically, in in the midst of a global health crisis stemming from the Covid-19 pandemic and in the context of a historical oil price crisis in the international energy market.

Under this calculation, US restrictions have focused on hindering the export of Venezuelan oil, the import of derived products such as gasoline, and the use of hydrocarbons as a medium of exchange to import basic goods, the latter motivated by the isolation of Venezuela from the international financial system, also as a result of US sanctions.

According to information given to Reuters in March, Libre Abordo had promised to deliver 210,000 tons of white corn, 1,000 water tankers, among other basic products, in exchange for Venezuelan oil.

This agreement, which was intended to alleviate the shortage of agricultural products and specific problems in the water supply in the most affected areas, has been broken as a result of the suffocation campaign by the US government.

The pressures that led to the suspension of the Aboard Free agreement collapse the thesis that the sanctions do not include primary goods such as food and medicine, within the framework of the alleged “humanitarian exceptions” and licenses approved for this purpose.

In the statement, the Mexican company states:

“The vast majority of these offices were always convinced that our Humanitarian Aid contributions are in no way punishable under Executive Orders 13850 and 13884, and that even the United States Treasury Department endorsed our work through the so-called License General 4C ”.

After the formalization of the total embargo on the Venezuelan economy with Executive Order 13884 of August 5, 2019, the Treasury Department issued a guide that includes licenses to authorize commercial and financial operations related to humanitarian goods, telecommunications and international organizations. .

In June of that year, the undersecretary of Terrorism and Financial Intelligence of the US Treasury Department, Sigal Mandelker, indicated that

“… it is imperative that the international community continue to fully utilize all exceptions for humanitarian reasons to ensure that food and other supplies reach Venezuelans who suffer as a result of the economic crisis manufactured by Maduro.”

In a new guide published by the Treasury Department, the institution stated:

“The Treasury Department’s Office of Foreign Assets Control (OFAC) normally allows legitimate trade, assistance, or activity related to humanitarian assistance under certain laws and regulations. The United States is committed to engaging in humanitarian assistance that continues to reach at-risk populations through legitimate and transparent channels, as countries around the world fight the 2019 coronavirus disease,” referring to countries like North Korea, Venezuela, Syria, among others.

But the Aboard Free case shows that these licenses and guides to authorize financial and commercial operations represent a damage control mechanism before public opinion and nothing else. In reality, sanctions included food and other essential goods from day one.

The United States has transformed the sanctions against Venezuela into a long-arm, extraterritorial and illegal jurisdiction, trying to break the commercial relations established by the Venezuelan authorities and foreign companies in order to provide the population with essential goods, under the premise of that its laws are applicable worldwide and that its campaign for regime change is based on the destruction of Venezuelan society and population.