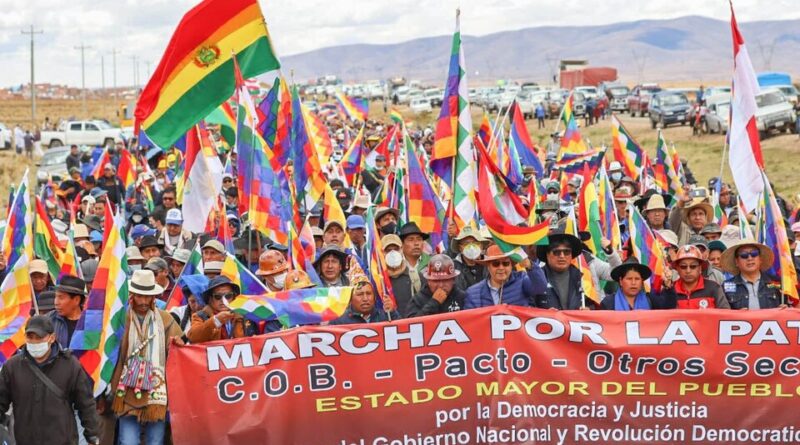 Latin America has become the epicenter of the greatest political struggles of the 21st century because it was the epicenter of neoliberalism in the world. It was the region with the most neoliberal and radical governments. Therefore, it became the region where the anti-neoliberal governments developed, thus becoming the fundamental scenario of the most important disputes in the world in the 21st century.

The first decade of the century in Latin America was marked by the emergence of anti-neoliberal governments, which implemented a set of measures that attacked the main factor affecting the continent: social inequalities. The second decade saw the resumption of the right-wing initiative, which re-established neoliberal governments in countries such as Argentina, Brazil, Bolivia and Ecuador, either through coups d’état, as in Brazil and Bolivia, or through elections, as in Argentina and Ecuador.

The continent is entering the third decade of the 21st century with an optimistic outlook, should Lula be elected in Brazil, allowing, for the first time, the three largest countries of the continent to have convergent, anti-neoliberal governments, which could resume the process of Latin American integration in a broader way than previous attempts.

Even if this projection is confirmed, the continent will continue to be a victim of the instabilities and hegemonic disputes that have marked it throughout this century. There are a number of reasons for this, both internal and external to the countries and the continent itself.

In a country like Brazil, there has been five years of instability and fierce political disputes, between neoliberal governments reinstalled through a process of hybrid warfare, as a new form of coup and rupture of democracy from within. The coming year promises the continuation of the weakened current government, coexisting with Lula’s popularity to be elected -even in the first round of the October 2022 elections-. As the saying goes, the country is likely to get even worse, until it can get better, from 2023 onwards.

Argentina, a country where a neoliberal government was resumed with Mauricio Macri, revealed gaps for reinstating the neoliberal model, with its inability to solve the country’s main problems and gain social and political support that would give it stability. He quickly weakened and was defeated in the first presidential elections and Argentina resumed the anti-neoliberal path.

But even the current government had a setback in the mid-term elections, losing an absolute majority in Congress, although it maintained a relative majority. This makes it more difficult for Alberto Fernandez to govern in the second half of his term, with the next presidential elections on the horizon.

In the case of Bolivia, although MAS won the new presidential elections in the first round, the coup action prevented Evo Morales and Álvaro García Linera from running as candidates. Luis Arce, who had been Minister of Economy for 13 years, was elected, but without the political experience to assume the position of president and without the political weight of Evo Morales, who assumed as president of MAS. David Choquehuanca took over as vice-president, union leader and former foreign minister, with more political experience, but as a whole the new leaders with less experience to face the constant opposition offensive, which prevents the new government, although democratically elected in the first round, from enjoying the stability indispensable to confront the economic and social problems Bolivia is suffering.

Peru is experiencing the difficult conditions of a president elected by a narrow margin, relying basically on votes from the periphery of the country, while the capital concentrates the forces of the right. Pedro Castillo has not yet been able to form a government with stable forces that support him; he had to make concessions to the political center, losing the support of the same party that elected him. He faces a hostile Congress, which has a legal mechanism to impose an impeachment trial on the president, with which he is constantly threatened. The fate of Castillo’s government has not yet been defined.

Since 2019, Chile has experienced the most extensive process of popular mobilizations, which led to the conquest of a Constituent Assembly modality, for which it elected a majority of independent parliamentarians, followed by voters for the Frente Amplio, which represents the new left of the country. The Constituent Assembly began to function, with progressive decisions that permanently buried the surviving legacies of Pinochetism.

However, the first round of the presidential elections resulted in the leadership of an extreme right-wing candidate, José Antonio Kast, closely followed by Gabriel Boric of the Frente Amplio. The outcome of the second round is in dispute, with the main right-wing party supporting Kast and the Christian Democratic-Socialist Party alliance supporting Boric. It is an open dispute, but one that projects that the victory of either of the two will not resolve definitively the political instability that the country has been experiencing for the last two years.

The strength of the anti-neoliberal governments and parties in Latin America is still insufficient to impose a stable political and social majority, which would allow the implementation of an anti-neoliberal program, in alliance with other forces in the continent. Part of this is due to the lack of political experience – the cases of Bolivia, Peru and Chile -, others to very adverse internal conditions.

Among these are the hegemony of neoliberal values that survived an earlier period, including the consumerist style – based on the “American way of life” -, anti-political, anti-party and anti-state positions, among others.

The forms of judicialization of politics (lawfare) had a determining weight in countries such as Brazil and Bolivia, in addition to the permanent threat of using this mechanism by the right wing in several countries, reinforcing tendencies of political instability.

Another determining factor is the weight of the media, dominated by conservative forces and positions, which impose right-wing consensus in politics and in the general values of society.

The anti-neoliberal forces still lack both coordination among themselves and, above all, a strategic program -besides short-term emergencies, to attend to the urgent needs of the population- that projects structural transformations, a profound program of democratization of the country.

Until this is possible, Latin America will remain in crisis, with favorable trends for its third decade of the 21st century, despite coexisting with factors of instability. Its future depends mainly on the elections in Chile, Brazil and Colombia. It also depends on the evolution of the internal situation of the crisis in Peru and Chile, as well as the developments in Argentina. It also depends on the capacity of the anti-neoliberal governments to overcome the aforementioned issues, including ideological disputes and to overcome, furthermore, the determining weight of the media.

Featured image: The Bolivian people marching for the defense of their legitimately elected government.