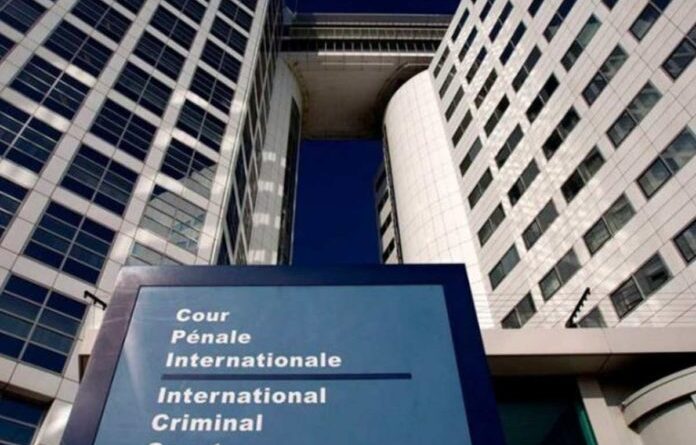 From his Twitter account, the Attorney General of Venezuela Tarek William Saab published a statement in which he repudiated the statement of the former ICC prosecutor regarding the preliminary examination underway on Venezuela.

In Bensouda’s statement, she had said that there was a “reasonable basis” to believe that since April 2017 various Venezuelan authorities had committed crimes against humanity. Yes, not in Colombia, where hundreds have disappeared in the national strike that began on April 28, or in Bolivia where security forces of the Jeanine Áñez dictatorship opened fire on demonstrators at the Sacaba and Senkata massacres, or in the United States, which wages a series of wars in the Middle East in which millions have been killed—but in Venezuela, where law enforcement officers are routinely murdered by violent anti-Chavistas whose explicit goal is to create chaos and forcibly overthrow the democratic presidencies of Hugo Chávez and now Nicolás Maduro.

“Bensouda and her relatives, among other ICC authorities, were sanctioned by the United Sates for advancing in the case investigating US military war crimes in Afghanistan,” an international affairs expert said to Orinoco Tribune. “Her visas were revoked by the US Department of State and for some people the only way back to their dream of holding a US visa is to comply with US orders.”

The MP’s statement indicates that the surprise statement issued against Venezuela was carried out unilaterally, and without taking into account the effective collaboration of the country’s authorities, nor the documentation presented by the Public Ministry. More importantly, now that she is no longer chief prosecutor with ICC, Bensouda’s comments do not represent ICC’s official position.

“That is why we affirm that the conclusions issued by the former prosecutor are worthless, in these circumstances; and as we have revealed to the new prosecutor, Mr. Karim Khan, we are ready to demonstrate with facts the performance and action of the State in this matter,” read the Public Ministry’s statement in part. The MP also rejected the claim that “potential cases likely to emerge from an investigation into the situation would be admissible in terms of inaction.”

The MP added that it is not aware of the potential cases identified by the ICC Prosecutor’s Office because during the period of the Preliminary Examination the ICC has not provided that information, despite Venezuela’s repeated requests.

“Likewise, the partial and premeditated accusation is totally rejected—that the steps taken have been very limited in scope in relation to their findings,” Saab added.

In this sense, the Public Ministry repeated its invitation for the new prosecutor to visit the country and verify “in situ” the efforts made by all Venezuelan institutions.

Finally, the MP supported the opinion of the current prosecutor Khan, who said that the lack of honest dialogue with the Venezuelan authorities will be a thing of the past, and that the ICC and Venezuela will now work together “to ensure full complementarity and to be treated on equal terms with other countries that are also under preliminary examination.”

The statement issued by Saab recalled that Venezuela has delivered, since October 2020, five reports with reliable data on the progress, including more than 700 criminal proceedings under way and nine major reforms that have improved human rights protection. At the same time, he added, there was no response from the former prosecutor Bensouda in regards to these reports.

Response to Colombian “sub-president” Duque
Saab responded to the assertions made by Colombian President Iván Duque who, misrepresenting Bensouda’s statements, assured in a message posted on his Twitter account that the International Criminal Court (ICC) concluded “that crimes against humanity were committed in Venezuela.”

“The custom of the neo-Nazis of the 21st century, such as sub-president Iván Duque—in addition to carrying out serial killings and trafficking drugs—is to lie,” wrote the highest authority of the Venezuelan Public Ministry. Duque is referred to as “sub-president” by many Colombians to demonstrate the conviction that the country is actually being run by disgraced former president Alvaro Uribe.

Saab emphasized that the ICC “has not initiated an investigation against Venezuela” and stressed that they will continue the dialogue and cooperation with the international justice body.