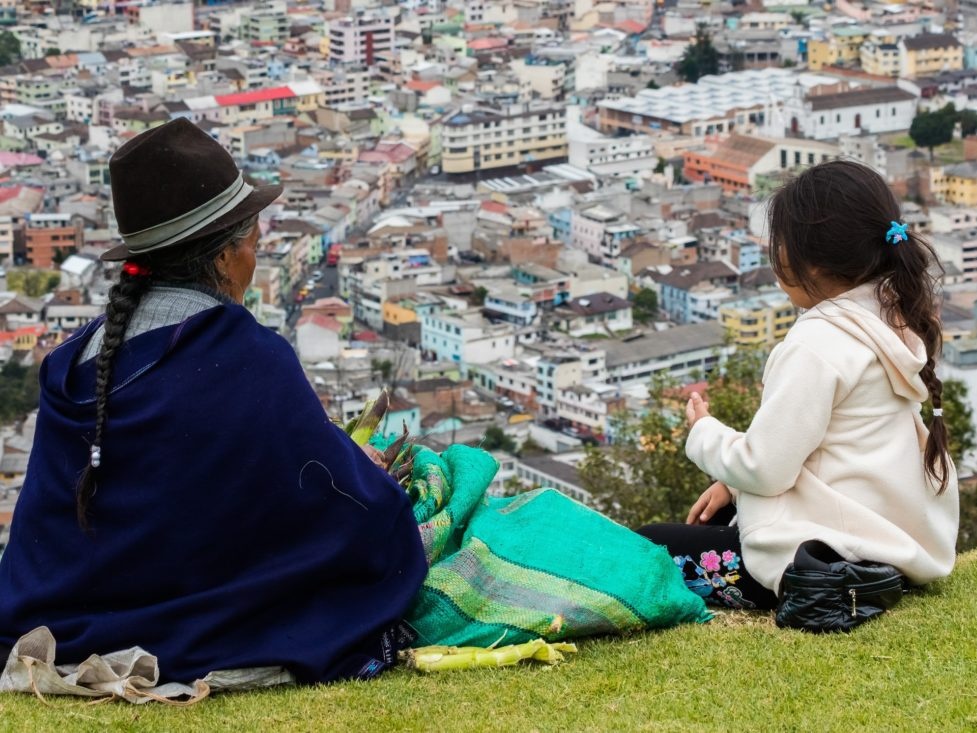 Ecuador will go to polls on Sunday, April 11, amid new restrictive measures imposed by outgoing President Lenin Moreno to contain the pandemic. Although the country has been mired in a health crisis for months due to the government’s mishandling of COVID-19, the ultra-right-wing leader has decreed a 30-day state of emergency in the country’s eight main provinces one week before elections.

“Ecuador’s democracy is once again in danger,” warned leftist Union for Hope Alliance (UNES) candidate Andrés Arauz, who is the favorite to win the second round of presidential elections, according to national polls.

In a dialogue with Pagina12, Arauz assured that “Moreno’s decision generates a clear conflict. The state of exception prohibits the realization of mass events and implies the deployment of the National Police and the Armed Forces in the streets to ‘guarantee citizens’ calmness’. How is it possible for us to hold elections without the measures affecting the electoral process?”

The state of emergency also restricts freedom of transit and mobility in the eight main provinces, including the capital Quito. This measure applies to the entire population, except for health workers, waste collectors, food providers, and members of the emergency services sector.

Arauz, who could receive up to 37 percent of votes according to the citizens’ voting intentions, which is about 7% ahead of his rival, banker Guillermo Lasso, alerted the world about this new attempt by Lenin Moreno to hinder Ecuador’s democratic path. “We believe that the electoral process and the result can be manipulated.”

The candidate supported by former progressive president Rafael Correa (2007-2017) fears that the state of emergency will significantly reduce voter turnout at polling stations or prevent citizens’ mobilization in defense of their democratic rights given an electoral fraud.

“My concern is well-founded: the electoral process has been full of threats and lawfare against our candidacy. The Moreno administration has hindered the process since our candidacy registration as it decreed the non-existence of our party and we were forced to ally with another political movement.”

Arauz recalled that, at the beginning of the race in June 2020, the National Electoral Council (CNE) also prevented Correa from formalizing his pre-candidacy for the vice-presidency. The political persecution against the former President, who is accused of alleged corruption crimes, “also forced us to change our electoral proposal. One year later, Moreno’s hostilities against the Arauz-Carlos Rabascall ticket continues to intensify,” he said.

When Arauz’s triumph seemed imminent according to national polls before February 7, Moreno bragged about postponing the date of that first round of elections. “He could repeat the threat now amid the state of exception. I hope the CNE will act rationally and respect democracy. The Ecuadorian people will not tolerate a prolongation of Lenin Moreno’s presidential term.”

In the last weeks, the leftist candidate has taken his electoral campaign to the most remote places of the Ecuadorian geography: the coast, the highlands, and the Amazon. “I have seen with my very own eyes the desperation, anguish, and pain of the Ecuadorians. There is a generalized feeling of abandonment and indignation at the government’s negligence in dealing with the pandemic and the economic crisis.”

Ecuador kicked off its vaccination campaign on January 21. On that day Moreno promised to provide at least 4.5 million doses before the end of his administration on May 24. However, only about 140,000 doses have been administered nationwide so far. Meanwhile, the country has registered over 300,000 COVID-19 cases.

Moreno could not contain the health crisis even in the first months of the pandemic. In August, images of dead bodies in the streets of Guayaquil, the country’s second-largest city, portrayed how his administration was being overwhelmed by COVID-19. Health authorities were only reporting about 80,000 cases.

“Knowing firsthand the people’s anguish has made me even more committed to giving everything to restore the dignity of Ecuadorian families,” Arauz said. He added that if he wins the presidency, his government will attend to the crisis, boost the vaccination process, restore the public health system, and reactivate the local economy.

“We will rebuild national unity by putting Ecuador, truth, justice, and reparation first,” he concluded.