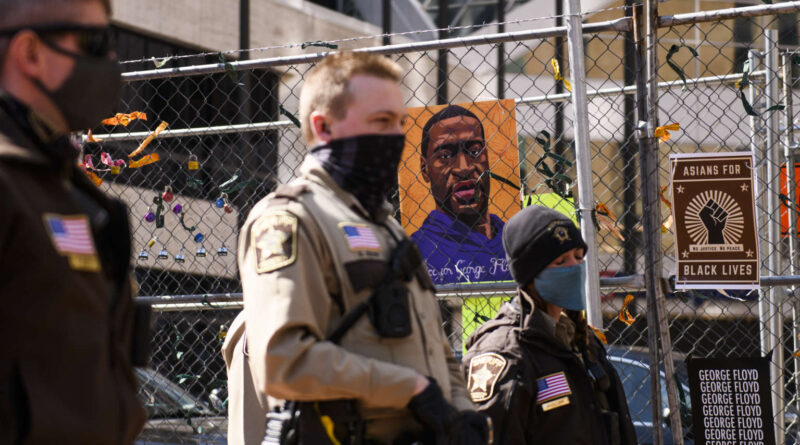 As the murder trial of Derek Chauvin for killing George Floyd proceeds, the prosecution will try to portray the defendant as a “bad apple.” In his opening statement, prosecutor Jerry Blackwell alerted the jurors that they would hear police officials testify Chauvin used excessive force in violation of departmental policy to apply restraints only as necessary to bring a person under control. However, this argument obfuscates the racist violence inherent in the U.S. system of policing.

The first prosecution witness to testify about Minnesota Police Department (MPD) policies was retired Sgt. David Ploeger, the supervising police sergeant on duty the day Chauvin killed Floyd. It was his job to conduct use of force reviews. Ploeger testified, “When Mr. Floyd was no longer offering up any resistance to the officer,” when he was handcuffed on the ground and no longer resisting, “they could have ended the restraint.”

Lt. Richard Zimmerman of the MPD also testified about what constitutes authorized use of force. He said that once a person is secure or handcuffed, “you need to get him out of the prone position as soon as possible because it restricts their breathing.” When a person is cuffed behind his back (as Floyd was), “it stretches the muscles back,” making it “more difficult to breathe.” Once cuffed, Zimmerman added, “you have to turn them on their side or have them sit up,” noting, “you have to get them off their chest” because that constricts the breathing “even more.”

“If your knee is on a person’s neck, that could kill him,” Zimmerman said. “Pulling him down to the ground facedown and putting your knee on a neck for that amount of time, it’s just uncalled for,” he declared. Zimmerman saw “no reason why the officers felt they were in danger,” which is “what they would have to feel to use that kind of force.” The restraint of Floyd “should have stopped once he was prone on the ground and had stopped putting up resistance,” he stated.

But many Minneapolis police officers receive “Killology training” through the police union, where they are taught to kill rather than de-escalate conflict situations. This training violates the UN Basic Principles on the Use of Force and Firearms by Law Enforcement Officials, which require officers to, “as far as possible,” use nonviolent techniques before resorting to force and firearms.

Prosecutors will likely try to isolate Chauvin as one of “a few bad apples.” That may be an effective prosecutorial strategy to convince jurors they should convict him. But this “rogue cop” characterization — also used after the 1991 Rodney King beating and the police killings of Michael Brown, Philando Castile, Alton Sterling and Breonna Taylor — obscures the systemic nature of police violence against Black and Brown people in the United States. Even the best training in the world cannot teach police, who are licensed to kill and deployed to enforce a racist system, not to be racist.

Many Minneapolis police officers receive “Killology training” through the police union, where they are taught to kill rather than de-escalate conflict situations.

Black people who are unarmed or not attacking police are 3.5 times more likely to be killed by police than white people, the Brookings Institution found. Moreover, police kill Black people at more than twice the rate of whites even though Black people account for less than 13 percent of the U.S. population. More than 75 percent of the time, chokeholds are applied on men of color.

Prosecutors were compelled to bring charges against Chauvin because the whole world had seen him kill Floyd. After massive protests erupted following the horrifying video of Chauvin’s torture of Floyd — now known to have lasted nine minutes and 29 seconds — the MPD fired Chauvin and prosecutors charged him with third-degree murder and second-degree manslaughter. They later added a charge of second-degree murder.

But what would have happened if eyewitnesses had not recorded Floyd’s death? Would Chauvin have been fired and charged with murder?

Police Impunity Is the Norm
Officers know that they rarely face any semblance of accountability for killing Black people. “Officers were charged with a crime in only one percent of all killings by police,” Mapping Police Violence reported in 2020.

For nine minutes and 29 seconds, Chauvin continued to choke Floyd as several bystanders watched, many visibly recording the killing. Chauvin didn’t try to hide what he was doing. As eyewitness Genevieve Hansen testified, Chauvin looked “comfortable” with his weight on Floyd’s neck.

RELATED CONTENT: Revolution or Fascism: The Choice We Must Make Amid US Collapse

Other police killings of Black people have happened in similarly open ways. Michael Brown was killed while walking down a public street, his body left on the ground for four hours. Eric Garner was choked to death on a public sidewalk after he was suspected of selling illegal untaxed cigarettes. Both of those killings, which occurred in 2014, sparked public outrage. Although there was video footage in each case, none was as clear and graphic as the images that documented Floyd’s death. Neither Officer Darren Wilson who killed Michael Brown nor Officer Daniel Pantaleo who killed Eric Garner was ever indicted.

“Excited Delirium” Is a Racist Myth Used to Blame Victims
As eyewitness after eyewitness who saw Chauvin torture Floyd to death presents emotional testimony, the defense is attempting to distract the jury’s attention away from his brutal murder by laying the ground work to falsely claim that Chauvin’s knee on Floyd’s neck for more than nine minutes was not the cause of death.

Defense attorney Eric Nelson alerted the jury during his opening statement that it would “learn about things such as … excited delirium.” MPD Officer Thomas Lane pointed his gun at Floyd who was sitting in his car before he was pulled out and choked to death. Although Lane aided and abetted Chauvin by holding Floyd’s legs, Lane asked at one point while Chauvin was choking Floyd, “Should we roll him on his side?” Chauvin replied, “No, staying put where we got him.” Lane then said, “I am worried about excited delirium or whatever,” as Chauvin maintained his knee on Floyd’s neck.

“Excited delirium” is a catch-all defense used to absolve police for killing Black people. According to the Brookings Institution, “[t]he diagnosis is a misappropriation of medical terminology, used by law enforcement to legitimize police brutality and to retroactively explain certain deaths occurring in police custody.” This diagnosis “inaccurately and selectively combines various signs and symptoms from real medical emergencies.”

Indeed, Chauvin’s defense attorneys are falsely implying that Floyd died from drug abuse, as Mike Ludwig reported in Truthout. Pursuant to the “war on drugs,” Black people are disproportionately targeted by police, although they use drugs at the same rate as whites.

But they are only four of myriad officers who kill Black people with impunity. They are not just “a few bad apples.” These officers are emblematic of the systemic racist police violence against Black people in the United States. Regardless of the outcome in the Chauvin trial, the entire system must be indicted as racist and violent, in and of itself.

Even the best training in the world cannot teach police, who are licensed to kill and deployed to enforce a racist system, not to be racist.

The International Commission of Inquiry on Systemic Racist Police Violence against People of African Descent in the United States, for which I am serving as a Rapporteur, heard testimony from family members and attorneys about police killings of 43 Black people and the paralyzing of another, all of whom were unarmed or not threatening the officers or others. The commission, which is investigating whether police violence against Black people in the U.S. amounts to gross violations of international human rights and fundamental freedoms, will release its 200-page report in mid-April. It contains recommendations addressed to national and international policy makers.

As Chauvin’s trial continues, we must remember that this is not simply the story of one “rogue cop.” It is a window into the anti-Black violence perpetrated routinely by police in this country, as part of a brutal and racist system. 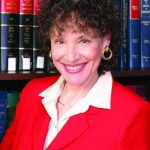