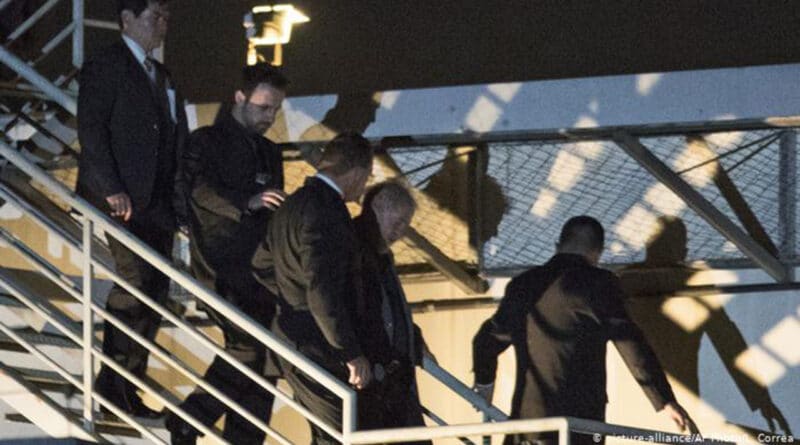 The arrest and jailing of former Brazilian President Lula da Silva in April 2018 changed the course of the country’s history, opening the door to far-right candidate Jair Bolsonaro, who came to power with the support of the United States and powerful corporate interests.

Although US involvement in the once heralded anti-corruption investigation operation Lava Jato has been publicly known for some time, leaked conversations between its prosecutors and Judge, Sergio Moro have revealed a level of collusion that has shocked even the keenest observers.

A petition filed with the Federal Supreme Court (STF) by the defence of ex-president Lula presents such new evidence that ex-judge Sergio Moro colluded with foreign authorities in conducting the process which led to the arrest of the Workers Party leader, and his subsequent barring from a run for the presidency in 2018.

In the latest leaked Telegram conversations, which are now official court documents, the level of illegal collaboration visible between the Lava Jato task force and the internationally promoted judge is the most flagrant yet, and more valuable for Lula’s defence than chats first published by the Intercept in 2019.

The latest excerpts could result in the politically motivated case against Lula being annulled.

Sergio Moro and Deltan Dallagnol have been accused of “treason” for their illegal collusion with United States authorities. In 2017, deputy US attorney general Kenneth Blanco boasted at an Atlantic Council event of informal (illegal) collaboration with Brazilian prosecutors on the Lula case, citing it as a success story. In 2019 the U.S. Department of Justice attempted to pay the Lava Jato task force a $682 million dollar kickback, ostensibly for them to set up a “private foundation to fight corruption”.

On April 5, 2018, the day Lula was arrested by Moro, prosecutor Isabel Grobba revealed the news: “Moro orders Lula to be arrested,” head of the Lava Jato task force Deltan Dallagnol replied: “Before MA (Minister Marco Aurélio) screws everything up”. Dallagnol was referring to what Aurélio was then preparing; a Supreme Court vote which would potentially see defendants such as Lula freed from jail pending their second appeal.

Had this passed, it would’ve enabled Lula to run for president at the 2018 election. Polling at that point showed him twenty points ahead of nearest rival, U.S. backed far right candidate Jair Bolsonaro.

“A gift from the CIA” mocks Dallagnol.

Jair Bolsonaro and Sergio Moro made an unprecedented visit to CIA headquarters in Langley after coming to power, with the backing of Wall Street.

On June 27, 2018, Attorney Roberson Pozzobon asks for the ages of Lava Jato defendants, in a proposed effort to avert any chance of Lula escaping prison. In a sequence of messages he asks Moro: “We can survey the ages of our defendants. And give the names to them, specifically bring up those who were 70 before their sentence. Lula is one of the cases (sic)”. Pozzobon concludes the sequence: “I think it is also worth talking to Moro so that he considers this in the sentence of Sitio and Instituto (sic)”, referring to two other “backup” cases they were pursuing against the former President in addition to the notorious “Triplex” apartment in Guarujá.

The FBI has massively increased its reach in Brazil since the election of Jair Bolsonaro and his Justice Minister Sergio Moro (who stepped down in 2020), and was in direct, legal and illegal collaboration with Lava Jato task force since its inception, with its main liaison and now head of FBI’s international corruption unit, Leslie Backshies, boasting that it had “toppled Presidents in Brazil”.

Long before the arrest of the ex-president, messages on August 31, 2016, as Dilma Rousseff faced her final impeachment hearing, further prove cooperation between Brazilian and United States authorities, including the use of FBI hackers to break encrypted files. FBI use of hackers in Brazil already had a history, in 2012 they encouraged a group from ‘Anonymous’ to attack Brazilian government and corporate institutions and online infrastructure, in a staged protest against “corruption”.

Sérgio Bruno revealed: “Janot (Prosecutor General) was with people from the US Embassy last week and it seems that he commented on this [breaking into files via illegal means], without going into details (sic)”. On the same day, Pozzobon also mentions the task force’s cooperation with FBI hackers: “We asked to see if the FBI has the expertise to break (into encrypted files)”.

The following year, Janot toured the world promoting Operation Lava Jato at investor events, both in the United States, and at the World Economic Forum in Davos, describing the now disgraced anti-corruption operation as “pro market”, a political position it was not supposed to have. Cooperation with Swiss and Swedish authorities is also visible in the leaked conversations.

Sergio Moro and the Lava Jato task force attempted to block further damaging releases from their private conversations, but on February 9 2021, the Supreme Federal Court voted 4 to 1 to release all of the transcripts and related information they held to Lula’s defence team.

Last week it was announced that Lava Jato, or Car Wash, as it was relentlessly promoted in the English speaking media, will be shut down completely later this year, having helped wreck Brazil’s economy and eviscerate its democracy. 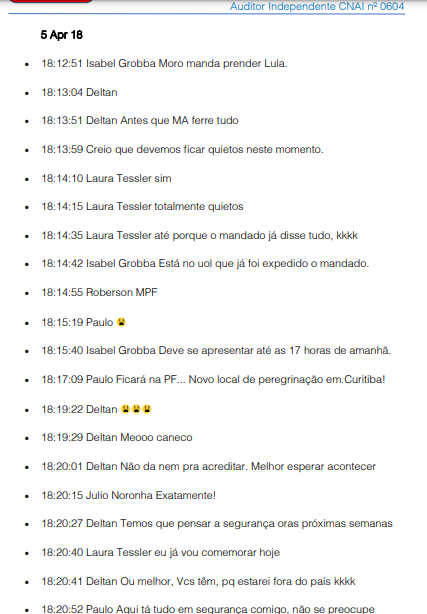 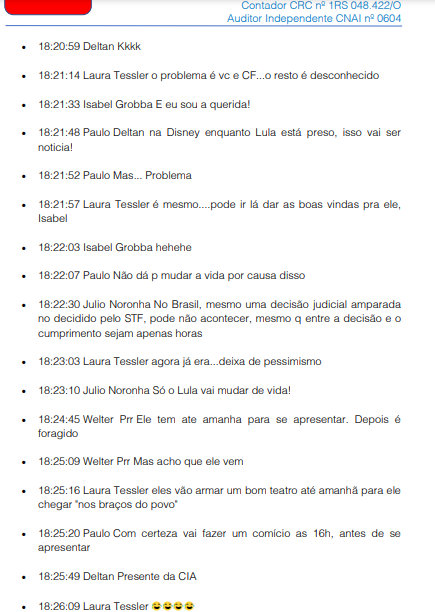 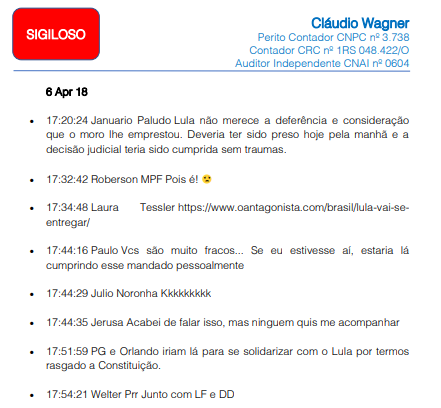