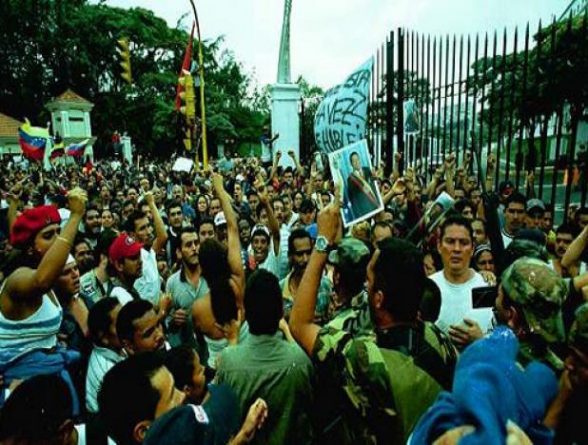 The President of the Bolivarian Republic of Venezuela, Nicolás Maduro, recalled “the bravery of the people who broke the siege imposed by the media” on April 11, 12 and 13, 2002 during the Coup D’Etat against the then President, Hugo Chavez. Those he congratulated for commemorating the Day of the People’s Communications

Through his account on Twitter @NicolasMaduro social network , the Head of State stressed that “we are still in battle to defend the truth of a people that decided to be free, forever.”

This Friday marks the 17th anniversary of a coup d’état against President Hugo Chávez, when the national and foreign media followed the plan executed by the United States Department of State and the Venezuelan opposition when they silenced the demonstrations of the people in which they loudly asked to listen to the leader of the Bolivarian Revolution on the radio and television networks, after the massacre that occurred on April 11 in the streets of Caracas.

It should be noted that the National Assembly declared April 12 as the People’s Communications Day, in recognition of the thousands of people who brought out the truth of the coup d’état against Commander Hugo Chávez, on April 11, 12 and 13, 2002.

This proposal was presented on the basis of news blackout imposed by the private media in the country during these coup events, a media event that was reversed by the Venezuelan people by achieving, through alternative communication and popular action, to break the censorship and helped to restore the constitutional order of the nation.